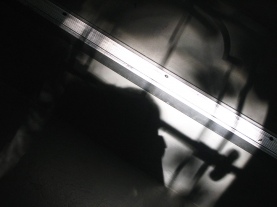 i would’ve wanted more.  two parshiot later after the death of aharon’s sons, parshat achrei mot, picks up at the moment following their deaths.  back in parshat shimini, where we actually learn of the boys’ all-too-close encounter with foreign fire, God speaks directly to aharon in a rare moment of personal revelation.

okay, at least that’s something.  following the death of aharon’s sons, God chooses to speak directly with aharon, breaking with the usual protocol.  and what does God say to aharon in this rare moment of direct communication?  He instructs, “drink no wine or other intoxicant, you or your sons, when you enter the Tent of Meeting, that you may not die” (jps translation, vayikra 10:15).  immediately following the death of aharon’s sons, God seemingly admonishes aharon and warns him agains the dangers of drunk offerings.  if you follow the mepharshim (interpreters) that held that the sons were killed for making offerings under the influence, that warning would’ve been useful a few paragraphs ago.  and back in our parsha, presumably set on the same day as parshat shimini, God reverts to the usual standard procedure, speaking to aharon through moshe regarding the atonement procedures required on yom kippur.

where is the consolation?  where is the sensitivity we learned of in parshat mishpatim in which God instructs israel not to mistreat the widow and the orphan, to look out for the poor, to empathize with the stranger?   shouldn’t there be some sensitivity for one who just lost his two sons on their first day on the job?

something, anything
to acknowledge what happened,
yet, You look away.

may we each do the best we know how, even in the most difficult of circumstances,