Raised in the Squirrel Hill neigborhood of Pittsburgh, Brian’s fascination with Jewish tradition grew through his USY involvement. For the young man, “regional USY Shabbatons were a religious experience in a way that Hebrew school never was.” He experienced traditional Shabbat seudot, and learned about netilat yadayim, lechem mishneh, seudat shlishit, and singing zmirot. As time went on, Brian found himself increasingly drawn to halakhic Judaism, and by the middle of 10th grade he ceased identifying with the Conservative movement, as he began to lean towards Orthodoxy.

In college at Penn State, Brian learned about Hasidism and halakha with his campus Chabad rabbi, but also insisted upon studying his Litvish heritage. During freshman year he served on the student board for Chabad, but then he became involved in pro-Israel student activism, and this became his greatest passion.

Together with several other students, Brian ran a campaign to encourage the Penn State administration to reinstate the study abroad program at Tel Aviv University, which they had shut down after the 2000 Intifada. During his first year of college, Brian attended the annual AIPAC convention, and he flew to Israel for an ‘advanced advocacy seminar’ the following year. During junior year the young man returned to Israel as a Hasbara Fellow, and he interned in Washington, DC for AIPAC during his final year of studies before taking a leave of absence from Penn State to study at Hebrew University for eight months. 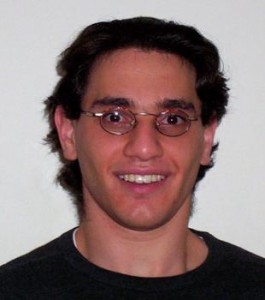 In July 2009 the young Zionist moved to Israel, and according to plan he studied at the Simchat Shlomo Eco-Activist Beit Midrash for a month and Darché Noam for a year. Afterwards, Brian joined the Pardes Year Program in 2010, stressing that most of the peace activists who represent Judaism to the Muslim world cannot represent all of Judaism.

“We need to focus on inter-denominational outreach rather than inter-faith outreach. Rabbi Melchior taught us that Arab peace activists and Israeli peace activists can come to agreements with one another – they’ve already come to peace agreements! True peace will only be achieved by reaching out to those who are involved in the fighting.”

Having officially become an Israeli citizen in August 2010, Brian’s next step after Pardes is to study at Ulpan Etzion for five months before joining the IDF. Since he is older than most young people entering the IDF, Brian will be expected to serve for only a year or so, but the young Zionist hopes to serve at least a full term and become an officer.