This was a dark week in Israel. As it happens, the anniversaries of both Yitzhak Rabin‘s assassination and Kristallnacht fall this week, and at Pardes, we had presentations on both.
Tuesday, during Group Lecture, two of our rabbis discussed the impact the assassination had on them. Rabin’s murder is the Israeli equivalent of 9/11–everyone remembers exactly where they were and what they were doing when they heard the Prime Minister of Israel was murdered by another Jew, when they first learned the window of optimism for peace had slammed shut. In true Pardes fashion, our rabbis were honest in their recollections–one spoke of how, while he supported him at first, he found himself growing weary of Rabin’s policies when it happened. The other, who was in a Hesder yeshiva [a yeshiva combining Army service with religious schooling] at the time recalled his reactions like this: “When I first heard the news, I thought, ‘Please don’t let the assassin be a Jew.’ When I found out he was a Jew, I thought, ‘Please don’t let him be religious.’ When I found out he was religious, I thought, ‘Please don’t let him be a member of a Hesder yeshiva.'” When he found out he was a member of a Hesder yeshiva just like he was, his life became more difficult;in the Army, he had to go out of his way to let his hostile peers know he was not like the assassin.

Following the stories, we split into chevrutas to discuss Jewish sources on peaceful communication techniques.

Wednesday, our Dean, Dr. David Bernstein gave a presentation on American Jewry’s response to Kristallnacht, which is to say, their lack of any real response at all. The American Jewish world he described is 180˚ from the fiercely proud and active one I am blessed to know today: In 1938, Jews made up 4% of the US population (compared to between 1-2% today), yet the desire to assimilate and live under the radar cultivated by rampant Antisemitism in America (see, for example, Henry Ford or the grandfather of modern conservative hate speech talk radio Father Coughlin) as much as by memories of European persecution was so strong, that even though it was huge news and American Jews unquestionably knew about it, no large-scale effort to speak up or act in any positive way for the affected Jews was organized. Hard as I try, I still can’t quite wrap my mind around how it’s possible that this happened less than 100 years ago, that survivors are still alive, as I sit in our Bet Midrash in Jerusalem.

The juxtaposition of these events produces an irony tragic as either: When surrounding nations made violence on Jews, we did little to nothing to stop it. Fifty-seven years later, when a Jew took risks to stop an onslaught of violence against his people, he was murdered by another Jew.

But at Pardes, I know I am part of the solution. Thursday afternoon, my group and I finally started volunteering with the kids at the Ethiopian absorption center. Some of the kids have been in Israel a while, others have only been here as long as I have, but all of them face distinct disadvantages: Unlike many of the Russian immigrants, Ethiopia’s culture is very non-Western and many don’t have the education and the skill-sets necessary to compete in Israel’s high-tech job market, and this in addition to the language barrier makes it tough for the first generation and their young children.

Not every problem in Israel is impossibly complicated. Just by being with the kids–by reading to them, playing games with them, or just goofing around with them–showing them someone cares–makes a world of difference.

They speak Amharic and a little Hebrew, we speak English with varying amounts of Hebrew, but it soon became obvious everyone really speaks the same language. I started reading a book to a little girl hoping she wouldn’t be too upset by my hesitant Hebrew and putting the emphases on all the wrong words, but less than a page in she started ignoring me and flipping through the pages to look at the pictures. After we finished that book, she got a few more, and in each of them, read a few lines herself, then just cut to the pictures. Her Hebrew is probably as good as mine.
When we had finished reading, she took my hand and pulled me to a bookcase, and pointing to the top shelf that is about as high as I am, said ’!כדור’ which I know means “ball!” We volleyed it around for a little while before inventing a game where she throws it as high as she can, and I headbutt it back to her. After a long week of classes and studying, I can think of no better way to end the week. None of us can wait to go back, and we have ideas to make it even better in weeks to come, including bringing paper and colored pencils/markers, little soccer and basketballs, collecting traditional stories, and surprising them by ourselves learning an Amharic song then singing with them.

On the Jewish calendar, this Shabbat marks 10 years since my Bar-Mitzvah (and, coincidentally [?] 4 years since I first had cholent). My most vivid memories of that day are nailing the memorization and rote recitation of the second-longest Haftarah of the year and the karaoke afterparty where I did “Bohemian Rhapsody,” Dad and Mom did “I Got You Babe,” three generations of women in my family did “Respect” and my second-cousins I don’t really know did “She Thinks My Tractor’s Sexy.” That, 10 years later, I would be here doing this would have been unthinkable at the time. If the stories of Parashat Vayyera teach us anything it’s that you never can tell. 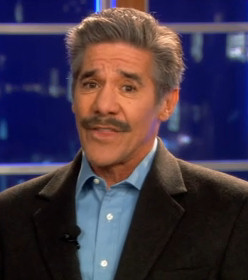 Quote Paraphrased Translation of the Week: “How can you be Jewish if you aren’t from Africa?” – Ethiopian Jewish child to Pardes volunteer