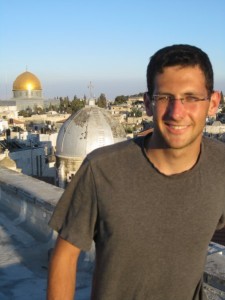 One of the central tenets of liberal Judaism is that we make informed choices.  The Reform movement’s mantra of “Choice through Knowledge,” even if often ignored in the Reform movement itself, is still a significant thread that runs through the liberal Jewish world, and which I strongly believe in.  Even in the Conservative movement, which nominally adheres to Halacha, the way that Halacha is perceived by the Rabbis follows this approach.  The Conservative Rabbinical authority is not bound by the majority opinion, as in Orthodoxy, but is free to choose any opinion amongst traditional sources and elevate that as the (or a) halacha.  And with a 2000 year tradition, pretty much any opinion can be upheld by traditional sources – you just need to know how to apply them.  In other words, Rabbinic “Choice through Knowledge.”

This has been especially relevant in the Conservative Movement’s recent reappraisal of Homosexuality in Judaism, and in the not as recent reappraisal of Egalitarianism (equality between men and women).  I think none of us would argue that those were the wrong decisions, but the Halachic arguments (from an Orthodox perspective) seem a bit forced.

This is certainly how I choose to live my life.  Although much of my day to day practice falls in line with Halacha, I don’t consider myself Halachic.  I don’t surrender my free will to rabbinic authority (not even Conservative Rabbinic authority), but instead make individual decisions based on what seems right to me.  ”What seems right to me” has evolved significantly as I have become more informed, but I still have not relinquished my right to decide for myself.  I still hold firmly by “Choice through Knowledge.”

BUT RECENTLY, one line in the shma has been nagging at me.  Num. 15:37-41 (also known as the third paragraph of the Shma) is the section in which God commands Moses to tell the people to wear tzitzit (blue tassels on the corners of their clothes).  The justification (15:39) is as follows:

See it (the tassel) and remember all the commandments of the Lord and do them, so that you will not follow after your hearts and after your eyes, after which you whore.

In other words, we say this twice daily to remind us that our hearts and eyes are deceptive.  The author understands that human nature is to do whatever seems right, regardless of what we are told.  The point of the tzitzit is to have a constant reminder that our judgement is imperfect, and that we are easily led astray by what we believe to be right in the moment.  This is not to say that humans are naturally evil, and that we willingly do wrong.  The point here is that we think we are doing right, and that sometimes we trust our own judgement to a fault.  The tzitzit is there in order to rein us in, and remind us that our judgement is not always (or in the case of Numbers, never) to be trusted over Divine Law.

This directly contradicts the basis of liberal Judaism, which tells us that sometimes, we do know better than the Halacha which has been passed down to us.  The Reform Movement understood the import of those words, and excised them from the shma, so that the “words which I command you today,” are only to “love the Lord your God” with no mention of the dangerous side of free-will.  Like much of Reform thought and practice, I support the question being raised here but not the response.

Numbers here is right; our judgement is often incorrect, especially in the moment when we don’t take time to reflect on the right course of action.  If we always did what we thought was right or justifiable, without consideration of the implications on our future practice, or more generally on the consequences of those actions, then we may easily be led astray and “whore” after flawed goals.  So far, this seems like a pretty good argument for following Halacha.

The Reform Movement, however, and Liberal Judaism in general, also have a good point.  Sometimes, after long reflection, Halacha is just wrong.  The most obvious examples are the two cited above – how can we say that God’s Law encourages the subordination of women and the exclusion of homosexuals from the community?  After a century of intense debate and reflection, society has for the most part decided that morality dictates something different than Orthodox Halacha.  And if Halacha is immoral, then it has lost all legitimacy, and does not deserve my allegiance.

That seems to leave the Conservative approach – an enlightened and liberal approach to halacha, while still retaining the halachic system.  That way, there are still community standards, but not ones we find morally reprehensible.  This seems like the best system to run a community, and it probably is. For a community to work, there must be standards and norms that people can respect, and the conservative system seems to include the best of liberalism and maintenance of standards.

Communal standards, however, are not what interest me.  I’m too much of an American to sign onto the Halachic system, in which rabbis, who may or may not have my best interest at heart, get to make every personal decision for me.  As a relatively intelligent person, I baulk at the lack of self determination.   I can abide by the idea that, in a community, we should be bound by (relatively liberal) community standards, but I still refuse to surrender my free will completely in non-communal settings.

SO HAVING rejected all communal halachic systems, I am still left with the nagging reminder twice a day that my own judgement is not always to be trusted.  The only solution, it seems, is to develop a Personal Halacha.  A system in which I am free to make decisions about my own life, but which is a system, none the less.  In investigating each issue ahead of time, I would not fall into the trap of “following after my heart and after my eyes,” and just doing whatever I like, regardless of consequence.  In creating a personal halacha, I have the best of individualism and halacha, with fewer of the dangers of each.  For this to work, it requires both consistency and knowledge.  This is essentially a return to “Choice through Knowledge,” but with the added emphasis on consistency, to safeguard against the dangers of flippant decisions.  It is also an abandonment of a term which has become an excuse to do whatever one wants, regardless of tradition.  The function of the tzitzit, then, would be to remind myself of my own standards, as informed by Jewish tradition; that I should only deviate from the tradition when I have thought the issue through, and developed an alternative personal standard.

I understand that in a personal halacha, there is no guarantee that I’m right.  But I at least find that preferable to surrendering autonomy to people I don’t trust are necessarily right, either.