Posted on January 8, 2012 by David Bogomolny 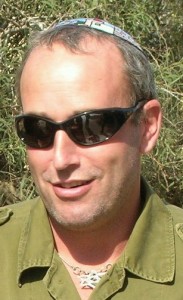 Shaul Janes grew up in Elizabeth, NJ around the corner from a synagogue that his family did not attend. They were culturally Jewish, but their lives were nearly void of Judaism.

As a young man, Shaul fell in love with cooking – he would think about cooking all the time – it became his creative outlet – it was all he wanted to do. From 1982 to 1996 he worked as a chef, beginning his career at a small French restaurant in Westfield, NJ.

At 34 years old, Shaul “found Judaism” as a result of a summer class at Rutgers University. He had wanted to take a writing class, but it got cancelled so he enrolled in a course on Holocaust history, and was so moved that he decided to visit the U.S. Holocaust Memorial Museum. 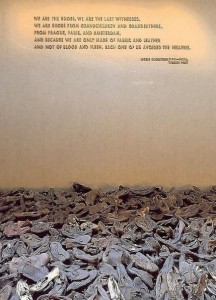 Standing at the exhibit of the shoes, Shaul had a religious experience.  There he realized that the shoes represented the destruction of HIS people… and he felt a connection to them and to the loss… he felt the intense significance of his role as a Jew and human being in the world… “The heinous acts, the fortitude, the survival… I… could no longer forsake my Judaism,” he breathes, “it no longer simply ‘rolled off my tongue’… it came from my heart.”

Shortly afterwards, Shaul  joined Temple Beth El in Hillsborough, and became very active in Jewish life. He served as a member of the the board and the choir; he began to study Torah and attend weekly Shabbat services.

After 14 years of creative, passionate cooking, Shaul decided to quit his career as a chef because it conflicted with shul attendance on Fridays and Saturdays; and he became a house painter. This allowed him the flexibility he needed to attend Shabbat services.

Every year or two, Shaul took a trip to Israel with his Temple. He recalls a particular solidarity mission to Israel in 2002… His rabbi had already arrived in Israel, and called Shaul after the bombing of Café Moment, saying that he would understand if he chose not to come. Shaul’s response was immediate: “I’m already there – I just haven’t gotten there yet. I can’t turn away.”

During that week-long mission, he went to Shaare Zedek Hospital, and in a meeting with Israeli doctors, he was shown a cup of shrapnel that had been removed from victims of terror. “It was poignant… significant…” Shaul held the shrapnel in his hand. “The trip to Israel CHANGED me… How large a bell had to go off in my head for me to wake up?”

In 2003 Shaul and his wife moved to Hawaii, and joined Congregation Kona Beth Shalom where he learned to chant Torah, and celebrated his Bar Mitzvah in 2006. As the only Jewish chaplain at Hilo Medical Center, Shaul decided to develop a video library for the patients as part of his Bar Mitzvah project, and he took a six week trip to Israel to work with Volunteers for Israel…

… at which point, he decided to drop by Pardes and study some Torah.
Then and there, Shaul decided two things:

Today, Shaul is studying at Pardes full-time, and has finally made Aliyah… but a question keeps ringing in his mind: