Posted on February 13, 2013 by The Director of Digital Media 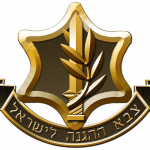 To any Star Trek fans who might be reading, there was no alien encounter. Instead, the title refers to an important envelop that I received from the IDF, my “tzav rishon” (roughly: first order). Service in the army became extremely tangible. Much simpler is sitting with Israeli friends and discussing service options in a casual and relaxed manner. Bravado and machismo reign in those conversations. And while this is only my first contact with the army, a large institution with which I am only superficially familiar, it does engender different feelings than those felt while lounging with the  fellows. The details of my service are far from fully known, but it has already been a massive leap in the realm of socialization, the bond of shared experience and shared sacrifice.