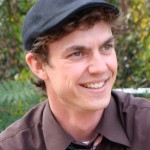 This past week, while I was substitute teaching a halakhah class here at Pardes, I mentioned by way of introduction that as well as being a proud and very busy member of the Pardes Educators Program, I am also, in that context, a member of the Kollel here. People immediately asked, what is this Kollel we keep hearing about? Because I wanted to move on soon to the material, I kept my answer short: Kollels are traditionally small groups of advanced Talmud scholars who are supported by the community so they can continue learning even after reaching adulthood and starting families; the Pardes Kollel is a group of about 20 scholars with very diverse backgrounds, most of whom Rav Landes recruited from outside and brought into the Pardes community.  This amazing group and the learning we share merit a longer explanation, though, which I’d like to give here for those who are interested.

People often ask if we’re in the Kollel to study for rabbinic ordination. The answer for my hevruta (study partner) and me is yes – we plan to take exams from a prominent Israeli Rabbi; we are both returning to America at the end of the year to teach in Jewish day schools, and we feel that our Kollel learning as well as ordination will enable us to have a greater impact in that role. Similarly, two Kollel students received ordination last year from that rabbi; one is spending a year as Rav Landes’ Kollel teaching assistant before setting out to teach in the States, and one is already there, teaching and mentoring other teachers.

Some of us joined the Kollel as part of another rabbinical program. One brought her background in theater and visual art to Hebrew College, and she now writes daily haikus about the Talmud and aims to stage theater productions of Jewish texts. Another, already a lawyer, plans to go on to study at Yeshivat Maharat, a four year program modeled on traditional rabbinic ordination programs that aims to train women to be halakhic and spiritual leaders for the orthodox community. One member, currently serving as an infantryman in the IDF, hopes to return to his learning at Yeshivat Har Etzion and pursue ordination by the Israeli chief rabbinate.

Most members, however, are not pursuing ordination. For some of them, that’s because they already have it. One, who served as a rabbi in the IDF, currently runs programming at Moishe House Jerusalem, creating community around Jewish learning and celebration. Another received private ordination from her teacher and currently splits her time between pursuing a Ph.D. in Rabbinics and teaching at Yeshivat Hadar in New York.

This dedication to teaching, especially in such boundary-breaking institutions as Maharat and Hadar, is a common theme for the Kollel members. One of our members, in fact, is the rosh yeshiva there and a founder of Kehilat Shirah Hadashah here in Jerusalem, a model for prayer communities around the world; another actually co-founded Hadar before going on to found Yeshivat Talpiot, an egalitarian religious yeshiva, where yet another member is the director of community relations.

Many of our members are community activists as well: one works with Russian-speaking youth in Russia, Israel, and America; one is director of the Leadership Program at Encounter; another is a policy designer for the international aid community. Others embody the value of Torah Lishmah, studying with the goal of personal and communal, not professional, fulfillment: one is the founder of several Israeli start-ups and currently active in community-building; one is a statistician and researcher at prestigious Israeli institutions who, along the way, has fulfilled the requirements in a number of areas for rabbinic ordination (though she did not seek it); another, a student of Professors Nechama Leibowitz and Ezra Melamed and a long-time member of the Advanced Talmud Program at Matan, regularly shares stories of growing up in the Lower East Side and asking the Rav Moshe Feinstein for halakhic advice.

I could write an essay about each of these Kollel members, but in the interest of space maybe a quick run-down of the numbers might give some sense of the amount of experience, learning, and talent in the room: we have 3 rabbis, 5 rabbinical students, 2 lawyers, 5 doctorates, 14 masters degrees, an IDF rabbi, medic, counselor and infantryman, and one Fulbright scholar, with a total of more than two centuries of full time Jewish learning (beyond my ability to calculate), dedicated to helping the Jewish people on 5 different continents.

This year we’re learning Talmud Hullin and the Halakhic commentaries in the area known as Issur veHeter. The real topic and interest is understanding the process of law and legal decision making. Other topics such as identity formation, community values and moral conflict are part of the mix. While changes in the way we act mean that one understanding or method doesn’t always hold, a second, often discarded reason can be useful. When we learn a point of Jewish law, we learn it from the Mishna and Gemara through the Rishonim and Aharonim to contemporary poskim (halakhic decisors), with lots of stops along the way to consider the way the law was derived from the sources, the development it underwent over time and across cultures, the different shittot or methodologies being used, and the cultural, theological, and of course halakhic ramifications. While the words we use might sound technical (and they are), the concepts are as broad as can be.

To prepare the shiur is tremendously challenging. The material is difficult and enormous in context. Possibilities of interpretation are manifold. My fellow students are bright and articulate; and there is great discussion and greater argumentation.

One year, under the leadership of Rabbi Dr. Daniel Roth, the Kollel created an entire curriculum based on his pioneering methodology, which views Talmud as a method of constructive conflict and mediation. That curriculum is now being used by graduates of the Pardes Educators Program teaching in America. Likewise, one of our projects this year is a weekly podcast teaching Maimonides’ Mishneh Torah – while the explicit topic is blessing, the rotation of Kollel members teaching it brings perspectives ranging from theater to political activism to Hasidic thought. This resource will be available to the Jewish world, just a click away. 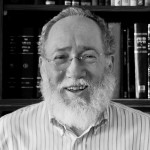 We are fortunate to have Rav Landes giving the class. He was given semicha by his mentor Rav Joseph B. Soloveitchik, and has taught the Kollel shiur for many years. He was previously RAM (Rosh Metivta) at Yeshiva University of Los Angeles, taught Jewish Law at Loyola Law School, served as rabbi of a major synagogue and sat on the Los Angeles Beit Din (all simultaneously). He brings all of these experiences to the class.

I for one feel confident that after leaving the Kollel I will be able go on to learn other areas of halakhah in the same depth as Issur veHeter, now that I have “learned how to learn” at such a level, and to use that learning not only as a halakhic resource for the community on such matters integral to Jewish, and for that matter general social life, including the broader demands of living just, rich, and connected lives ourselves and passing them on to the next generation.

To me, the Kollel is the ultimate realization of the Pardes vision and mission. To give one example, take my hevruta, who came to Pardes four years ago, unable even to recite the Hebrew alphabet – this summer, God willing, he will leave Israel a rabbi, ready to bring his learning and vision back to American day schools, thanks to a gritty dedication to learning and the amazing support of Pardes’ teachers. Because of stories like this, I think of the Kollel as an embryo of all the change I want to see in the Jewish world: more involvement, more connection, more justice, and all of it based on deep and authentic Jewish learning.