This weekend, Parashat Tetzaveh, Shabbat Zachor is my Bat Mitzvah portion. When I was 12 years old, I wrote a dvar Torah about the maftir and haftarah. The reason this made sense, is that Shabbat Zachor is one of four Shabbatot where the maftir aliyah is from a different place in the Torah. In this case, three psukim about Amalek. Amalek is the people who attacked the Israelites from behind (meaning where the weakest people were), when they were leaving Egypt. We are simultaneously commanded to blot out Amalek from memory and remember what they have done to us. 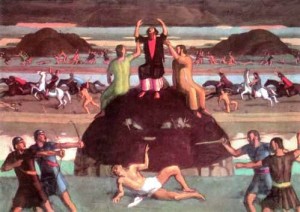 This transitions into the Haftaorah, where Shaul is commanded by G-d (through Shmuel the Prophet) to inflict a punishment on Amalek and their king Agag. Shaul is told to spare nothing. Yet, he spares Agag and the choicest of animals. That night, Shmuel receives a message from G-d, that Shaul did not carry out the punishment the way it was supposed to happen. He goes and yells at Shaul and ends up inflicting the punishment himself. And no one ever heard of Amalek again….. or did they? 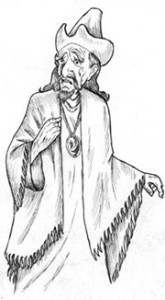 This maftir and haftarah are connected to this time of year because, supposedly, Haman is a decedent of Amalek. In fact, any time in history when the Jewish people are challenged by an enemy, it is said that they are a descendent of Amalek. We have done a good job of remembering Amalek, but not such a great job at blotting them out.

For me, the nagging question about this text is, why did G-d let this attack happen in the first place? The common understanding is that the Israelites did not respect G-d, at least not the stragglers. They became weary and easy targets. In the end Shaul got revenge? The reason I phrase this as a question is that, he did not listen to G-d’s command, not killing the king and saving the choicest of animals, seems to indicate a selfishness that a Jewish king in the Tanach should not possess. We also see Shaul exhibit all kinds of behavior not befitting a king. Perhaps if Shaul had done as instructed, there would be no Haman, and no story of Purim. Which would also mean we have nothing to celebrate in the next few days (a silver lining of sorts?).

Perhaps the most fascinating part of all, is that throughout the latter books of the Tanach, individuals and the community of ancient Israelites are constantly making mistakes, worshiping false gods, assimilating etc. The thought that I want to leave you with, is that often when an authority figure makes a decision, especially one you might not agree with, it is possible that they know better. At the same time it is important for us to forge our own paths and learn from mistakes we make. Perhaps it takes a long time to learn from such mistakes, but at least they are ours and having that ownership is key to our development as people.