In Honor of Fred Worms z”l 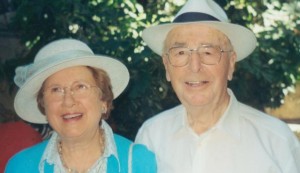 When I first started learning about Mr. Worms I felt an instant connection because of his love of sports. I love sports and playing sports, as well. In a speech that Mr. Worms gave when he stepped down from being the Honorary President of the Maccabi World Union, he talked about Muslims and Jews playing basketball together at Gan Ha’apamon. I have refereed American tackle football in Israel for three years, which is made up of Israelis, Americans, Brits, Palestinians, Russians, Australians, Jews, Muslims, and Christians. I don’t think he would have been surprised by the diversity that makes up the teams, but would have been happy to know that this sports league exists and is thriving in Israel.

As I continued learning about Mr. Worms, I only became more grateful for him and for the mitzvot that he did which actually have an affect on my life today.

This week we start a new sefer, Vayikra. The book contains 247 of the 613 mitzvot. Devarim, which comes in second, isn’t even close, it only contains 200 mitzvot!

Many of Mr. Worms’ mitzvot involved “makom” not necessarily as God, but actually place, this place, this city. Mr. Worms helped rebuild Jerusalem. A number of buildings including Hebrew University’s Student Village, the capital’s Botanical Gardens, Hillel, the Israel Museum, Emunah, the B’nai B’rith World Center, the Pelech and Efrata schools, the Shalom Hartman Institute, the Steinsaltz Institute for Jewish Studies, the Jerusalem Foundation, and of course, our very own Pardes Institute of Jewish Studies, among others, all have Mr. Worms’ fingerprints on them. He helped make Jerusalem into the beautiful city that we live in today, very much sanctifying this “makom.”

In the Mishneh Torah, (Hilchot Matnot Aniyim), the Rambam says:

One who urges others to give tzadaka, and even forces them, their award is larger than that of the giver.

I never personally met Mr. Worms, so I don’t know if he actually ever forced anyone else to also give, but I know he highly encouraged others to give as he did.

Mr. Worms not only helped found Pardes, he sat on our board of directors for many years and actively worked to get other people involved. He truly believed in Pardes’ goals and would be proud to see the mitzvot that are taking place inside its walls today.

In the same speech as I referred to at the beginning when Mr. Worms retired from being Honorary President, he concluded his speech with the line that we said just last week, “Hazak, hazak, ve nithazek. Be strong, be strong, and we strengthen each other.” This is the essence of Pardes, we all strive to be better and and in turn strengthen each other. This is exactly how Mr. Worms lived his life.