Posted on March 18, 2013 by The Director of Digital Media 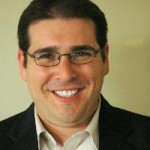 The time I spent with friends and teachers studying the wisdom of our people at Pardes was a magical time in my life. I was a student, learning every day with people who shared my passion for learning. I lived in one of the most special cities in the world, Jerusalem, and was newly married to the love of my life, my wife Tammy.

During this time it was easy to see the hand of Hashem working in my life. I had the time to reflect, and I did not have the distractions that I have in my life today. I got exactly what I needed, which was clear evidence that Hashem was actively and overtly involved in my life and its direction.

Today my life is much different. I balance a few jobs, a family (a wonderful wife and two precious daughters) and many more distractions and worries. I barely have enough time to accomplish daily tasks, let alone to reflect on what is going on the world around me. Often it is hard to know where I am going in this life, and the world seems more like a crapshoot than divine providence. Writing a d’var Torah for Pardes gives me a chance to reflect on past times in Jerusalem and bridge them with my life today.

I am struck by both the similarities and differences between the Purim and Pesach narratives. On the one hand, both stories have arch villains (Pharaoh and Haman) who seek to destroy the Jewish people. They both have female heroines (Miriam, Shifra and Puah, and Esther) who play pivotal roles in helping bring about the Jewish people’s salvation and freedom. They both occur in galut in the most powerful and grandiose empires of that time period (Egypt’s New Kingdom and the mighty Persian Empire), and they both lead to the eventual return from exile. Finally, both stories command that the Jewish people should always remember and retell the story of how our people were saved.

There is, however, a fundamental difference between the two texts that is key to understanding the relationship between Purim and Pesach. When we read the Haggadah in a few weeks, we will experience the retelling of the bondage and freedom of our people by the hand of Hashem. Interestingly, our retelling of the story leaves out the people involved in helping make yitziat mitzrayim possible (Moshe, Aaron, Miriam etc.). The Haggadah’s focus is on the primary role of Hashem in our people’s freedom and salvation as opposed to the human actors. Purim, on the other hand, is all about the actions of people; the text doesn’t even mention the name of Hashem. This dichotomy of hidden versus overt miracles is puzzling: Why does the Haggadah work so hard to remove the human heroes from the retelling of the Exodus story? On the other side, why isn’t Hashem mentioned at all in Purim story?

I found the answer to both questions in an article by Adin Steinsaltz on the miracle of Purim. He notes that it is people rather than Hashem who deem and identify an event as a miracle. For example, someone who survives cancer may choose to see survival as either the hand of Hashem working miracles or coincidence. What matters is the perspective of the people who witness the event. The Haggadah’s focus on what Hashem did for us suggests that God performs miracles for our people that cannot and should not be dismissed as natural events or coincidences.

The Torah demonstrates that even the Israelites who saw first hand the wonders of Hashem dismissed the miracles they saw. For example, almost immediately after arguably one of the most spectacular miracles in the all of the Tanach the children of Israel begin to question Hashem.

“And the name of the place was called Massah, and Meribah, because of the striving of the children of Israel, and because they tried the LORD, saying: ‘Is the LORD among us, or not?” (Exodus 17:7)

[Amalek also features prominently in the Purim story as the character of Haman who seeks to destroy the Jewish people.]

The fact that Megilat Esther does not mention the name of Hashem suggests that in our daily lives Hashem is not overt but rather ester (hidden) from us. Only when we open our eyes and see the world around us can we see that God is performing miracles. This idea is evident in Parshat Zachor, which precedes Purim.

“Remember what Amalek did to you on the road, on your way out of Egypt. That he encountered you on the way and cut off those lagging to your rear, when you were tired and exhausted; he did not fear G-d.” (Deuteronomy 25:17-19)

Again we are reminded of Amalek and Egypt in the same sentence. Moreover, if we translate “וְלֹא יָרֵא” not as Amalek did “not fear God” but as “he did not see God,” we can see the connection. Why is Amalek the enemy of Hashem and the Jewish people? Amalek is our enemy because he does not see the hand of Hashem in our world. Amalek is ultimate pessimist and nihilist, interpreting Hashem’s miracles as merely coincidental.

It is my bracha to my fellow Pardes alumni that you approach Pesach with open eyes and witness the multitude of miracles that are daily present in your world.