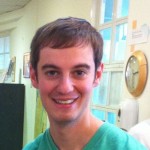 It’s hard to believe, but my time in Israel is almost done.  Two days from now, I’ll be in the air on my way home.  And while I haven’t been the best about blogging here regularly, at the moment I feel like a little bit of reflection is in order.  I’m going to begin by responding to two blog posts that I wrote a few days before I left Boston last summer, and go from there.

It’s almost hard for me to believe that I wrote this post.  It’s so… mushy and corny.  But apparently I did, so I guess I’ll trust myself that I really meant it.  And actually, reading it over now, I think that key word in the piece is “excitement” rather than”spirituality.”  The sentence that really catches my eye is this one: “But of course, over time, some of the excitement wore off, and Jewish observance became something that I do because it is comfortable rather than because it is exciting.”

I think it’s fair to say that before I came to Pardes, some of my Jewish observance was starting to feel a bit stale.  Not stale enough that I would have stopped doing it, but it lacked a certain spark.  And while Pardes did not restore the excitement that I felt when I came to Israel in high school, it certainly got rid of the staleness.  Pardes did not cause me to change much about my observance, but it certainly solidified what I already had.  And it wasn’t some kind of ecstatic spiritual experience that did this.  It was text study and community.

Here’s another blog post that I wrote before I came to Israel: Jerusalem the Gay

Whew.  Quite the blog post.  What’s interesting to me here is that I spent very little of the post talking about my personal fears and hopes about being openly gay in Jerusalem, and much more of it expressing my opinions about the cultural war that is being fought over this city.  I think it’s pretty clear why:  I didn’t actually have much to fear, and I knew it.  I knew that the community that I would be part of in Jerusalem would be in the same place on LGBT issues as my community at home.  So instead, I used the blog post to gird myself up for the intense battles being fought over the soul of Jerusalem (If you don’t know what battles I’m talking about, just read this: At the Kotel I Lost the Love of my Life).

Perhaps unsurprisingly, neither of these blog posts did a good job of predicting what this year would really be about for me.  This wasn’t primarily a year of spirituality, and it also wasn’t a year in which being gay was a particularly big deal.  It was a year of relationships, community, and text.  It was a year of relationships because I spent the whole year in the most serious and important relationship that I have ever been in, and also because I formed many other relationships that will impact me for years to come.  It was a year of community not only because of the amazing community that I formed here, but also because this year I decided that I want to serve the Jewish community.  And it was a year of text because that is what I spent most of my time doing:  Studying Jewish text, grappling with it, perhaps sometimes even letting it slip out of my grasp, but ultimately making it my own.

So as I leave, these are my hopes for myself:  That I maintain the relationships that I formed this year, that I continue to find communities as strong as the one I had here, and that Jewish text maintains a central role in my life for many years to come.