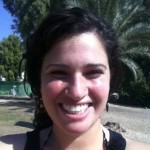 I chose to write a dvar torah for this week’s portion of Shemot because it is the week of my birthday and this was also the portion for my bat mitzvah 17 (gasp!) years ago!  I have been privileged to study Shemot in depth this semester at Pardes and could describe dozens of fascinating insights, but while re-reading through the parsha this week, I couldn’t get past this verse in chapter one.

“A new king arose over Egypt who did not know Joseph” (Exodus 1:8).

We all know the consequences of this new king; he enslaved the children of Israel, we suffered for hundreds of years, escaped Egypt with the help of Moses, and now retell the story every Passover. But something about this verse troubles me – who is this “new” king and why didn’t he know Joseph? And how does not knowing someone easily lead to seeing them as the ‘other’ – thereby justifying oppression?

First things first – the Rabbis debate about whether it was actually a new king who came to power, or if it was the same king who just pretended to not know Joseph and enact new laws. I can understand both interpretations:

One can argue that it was not a new Pharaoh that arose, but rather the current king deciding to turn his back on Joseph and his people. Now that the famine is over and Joseph has served his purpose, Pharaoh can see that the Israelites are growing and prospering and this worries him. Pharaoh essentially “unfriends” Joseph and the children of Israel, making it easier to justify their enslavement. After all, it would be problematic to oppress someone that you know, someone that is your friend.

It is also arguable that it was indeed a new king that arose who was somehow ignorant of Joseph’s legacy. To me this sounds like a probable option, but then again, how could the new king not know of Joseph – who saved Egypt by interpreting Pharaoh’s dreams to predict the famine? A man with this prominence would be impossible to forget.  But let’s assume for a minute that it actually was a new Pharaoh who did not know Joseph or the children of Israel. When the new ruler sees a ‘foreign’ people growing in numbers and strength, it becomes simple that he must find a solution to this problem. Sound familiar?

The truth is I don’t think it matters whether the Pharaoh was actually new or not. Either way you interpret “A new king arose over Egypt who did not know Joseph” – the end result is the same – fear, then oppression, and the eventual enslavement of a people. Pharaoh decides to “deal shrewdly” with the children of Israel, “lest they increase, and a war befall us, and they join our enemies” (Exodus 1:10).  His shrewd ways include enslaving the Israelites and attempting to kill all their newborn boys – first at the birth-stool and later by casting them into the Nile. It is amazing how the fear of the stranger can have such devastating consequences.  A ruler that does not know or want to know his people quickly turns them into ‘others’ and easy targets for oppression. The historical parallels of this scenario are striking and have been repeated throughout time and in different cultures. 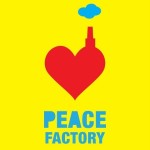 It is definitely easier to hate someone when you do not know them. I see many current examples of hatred being spread among enemy countries because the people have no way of actually interacting with each other. But in this day and age it is as simple as a click on the internet to start a friendship. For a couple years I have been inspired by an Israeli who understands what it means to know others. Ronny Edry, a graphic designer, started an online movement for peace using social networks, mass media, and meet-up events for people living in the Middle East. His organization, ‘The Peace Factory’ promotes peace by making connections between people, opening up communication, helping people get to know each other, and re-humanizing people from ‘the other side’ such as Iranians, Palestinians, Israelis, Egyptians, Syrians, Lebanese, Turkish, and Jordanians.  Ronny and I believe that the day when these countries are able to know each other as individuals, there will no longer be war. One of my favorite campaigns that they have on Facebook is setting up two people from ‘enemy’ countries to meet online over coffee. People from all over the world have joined in this revolution for peace and are getting to know each other as friends, not as ‘others’ through the internet.

Every day we make a choice to allow ourselves to know others and be known by others. I encourage all of us to take the time this week to go out of our way to meet a neighbor, talk to the person that we pass on the street but ignore, take an acquaintance out for coffee, and allow others to get to know us as well. For only by knowing will we foster understanding, respect, love, and peace.