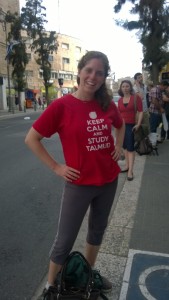 It took me eight years to get back to Pardes. During a Birthright trip my freshman year of college, we sat in the Beit Midrash, the great big room filled with tables of four chairs each and books lining every wall. We studied a text that I don’t remember. What I do remember is liking the exercise, raising my hand, and sharing my thought. “You’re good at this,” said the teacher leading the learning session (all signs point to David Levin-Kruss). “You should come back and study here.”

The first month at Pardes, in contrast with a blissful five months spent this fall in Vienna, was filled with anger. I was angry to be in Jerusalem. I was angry to not be in Vienna. I was angry that the plants were strange and made me feel like I was living in an alien land. “I hate Jerusalem,” I wailed at a poor friend who was polite enough to listen to me. “I hate Israel. I don’t want to be here.”

The times I weren’t angry were those precious moments in the Beit Midrash, taking my sweet time pouring over a text and sharing what I thought with my chevrutah (literally, ‘friend’, here, a learning partner). I would grin to myself and think, “This is fun. I am here in the Beit Midrash, and I get to just learn. This is amazing.”

I also was far from angry in the classroom (except on Sunday mornings, when readjusting to a week without a “real” weekend got the best of me).  In the classroom, I took copious notes not on the material we were learning, but on the way it was being taught. I suddenly had an answer to my grandmother’s classic question, “What are you planning to do with that?” Pedagogy! It will inform any educational setting I find myself in, I am sure. I jotted down that paired learning was the way to go. I reveled that the teachers had us struggle with the text first and only afterwards discussed it, rather than tell us what to look for in advance. I captured comments that revealed the deep respect of the teachers for their students.

I noted that teachers answered my off-topic questions with the same reverence as on-topic ones. This I greatly appreciated, as my experience of being at Pardes is like being in one big classroom, with one big question: how can I understand my connection to texts and tradition? If I was asking about kosher laws when we were talking about Rabbinic authority, it was still relevant to that one big question.

But outside the Beit Midrash, adjusting to a new country, a new schedule, a new lifestyle, a new weekly rhythm, and the loss of the community, life, and rhythm I’d just built up in Vienna in five short months was a shock to my system. Then I received an inspiration to do a songwriting independent study. It had suddenly occurred to me that I could do what I had already wanted to do – write an album based in my spirituality, with a Jewish flavor – with the resources of Pardes.

Tovah Leah, one of my teachers, agreed to be my advisor. Dean David Bernstein approved the project. I began feeling an inner calmness, feeling that this time in Israel, at Pardes, was meant to be.

The other big change in interior emotional life came about thanks to a few tiyulim (trips).  That first month, Debra, our Pardes social worker, had told me to get out of the routine of school, home, school, home. Living in Jerusalem in the German Colony is a bubble in itself with all of the English-speakers; studying at Pardes, located on the third floor of the local Mazda dealership, is a bubble within a bubble. 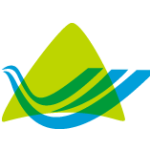 So, when the Masa Israel (an organization that funds young Jews’ Israel experiences, including mine) Mifgashim (encounters) weekend in Tel Hai opportunity popped up in my inbox, I was really excited. Cycling and hanging out with Israelis? Done.

It wasn’t until we got the itinerary that announced the weekend’s theme of ‘Peoplehood’ that I had any doubts. The Holy Land and the Jewish “People” were two concepts I resented and resisted, hating the notion of major Jewish organizations funding programs to instruct me in what and how to think. But, I thought, there is cycling and hanging out with Israelis. I can stomach a few discussions about Peoplehood.

Far from stomaching the discussions (though I did spend the first night throwing up due to a weird stomach bug), I got a lot out of them. Our group leader, in a side conversation, presented what I find a helpful distinction – there is a difference between “Eretz Yisrael”, the ancient ‘Holy Land’ and Israel, the modern country. Connecting with Israel as a modern country makes me feel much more comfortable being in Israel – political situation notwithstanding (that’s a whole other conversation).

One of the discussions asked us to rank challenges to Jewish Peoplehood, listed on little slips of paper. My Israeli partner liked my “bombshell” answer of making “Other” the biggest threat: Lack of general human respect for each other. Aside from that, Diaspora Jews saw lack of Jewish identity as the biggest threat to Jewish Peoplehood. One of the American women on the trip said she didn’t know what Shabbat was growing up.

Jewish identity was less an issue for the Israelis: a secular Israeli knows it is Shabbat because the buses don’t run. Israelis saw the internal divisions between religious and secular Jews as the biggest problem. Regardless of which problem is the biggest threat to Peoplehood, it was talking with Diaspora Jews from Paris and London, and with the Israelis whose families hailed from Yemen, Iraq, and Canada, that gave me a sense that this whole Jewish thing was worldwide. Being Jewish no longer feels like an individual lifestyle choice that I make divorced from its cultural and societal roots (in the way so many Westeners, myself included, co-opt yoga). I am part of this Jewish “People”, in the same way that someone born to Cherokee parents is part of the Cherokee nation and faces similar questions on whether and how to preserve a culture and society.

Connecting with Israel as a modern day country, making Israeli friends, and appreciating a sense of “Peoplehood” have all helped me feel comfortable with living in Jerusalem. A three-day hike in the beautiful Golan Heights with Pardes and an overnight stay with a singer-songwriter friend in the green, green Galilee had me saying, “I love Israel.”

The following Shabbat I got into a charged conversation about Israeli-Palestinian relations. Now that I’ve cleared the hurdle of living in and liking Israel on my own terms, I need to find a way to understand the political aspect of it. In the meantime, I’m happy to report that I’m enjoying life here in Israel, and excited to move to Tel Aviv in the fall and produce an album using the songs from the songwriting independent study.

Here’s a taste of what’s to come, and I need to give credit to one Night Seder session with my chevruta Nathaniel Moldoff for the inspiration. Night Seder is one night a week where Pardes has long evening hours like a traditional yeshiva, and where students can choose to study whatever they want. Nathaniel and I are studying Birkat Hamazon, The Grace After Meals. One night, we took over an hour to translate and discuss one paragraph of text. The learning session that evening was one of the most exciting I’ve had at Pardes, discovering how the language reveals a God who wants to provide and give to HaOlam Kulo – the universe in its allness, its vast expanse. Here’s a quick recap: 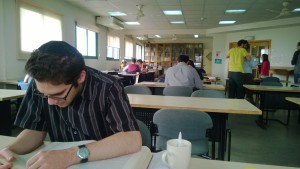 Studying with my chevruta (learning buddy), Nathaniel Moldoff in the Beit Midrash

Umfarnes lakol, ‘God maintains everything’, suggested to me that God is actively engaged in supporting God’s creation.

Umaitiv lakol, ‘God makes everything good’ was also exciting – God is improving, or bettering everything. To me, this brought up the image of plants that just grow, and unfold, because that is their nature. So, too, like plants, we are subtly (and not so subtly) always unfolding.

Umaikhin mazon, ‘God prepares nourishment’, was the kicker. A friend of mine had recently talked about the Kabbalistic notion that one of the sefirot (aspects of God) is chesed (love) and another is gevurah (strength, or restraint). The idea this friend presented is that if God didn’t use restraint, the power of God’s love would obliterate us. Our job is to open ourselves up to more and more receiving, so that God can give to us. According to another Kabbalistic notion, that’s what God created us for – to receive God’s love.  To paraphrase Julia Cameron’s book The Artist’s Way, it’s not God who’s stingy, but us. God has much better and more expansive ideas than our limited thinking about what might be the most nurturing for us.

“God wouldn’t just give us the car, God would fill up the tank with gas, make sure it was clean, and leave it for us with a bow on top,” broke in Nathaniel. LOVE IT.

I was so inspired, that it came out in a song the next day. Here it is – the true reason why I’m here at Pardes at this very moment – because God provides us with just what we most need at the time to grow. I am honored that Rabbi Daniel Landes asked me to share some of my work with him and felt moved to share his “Rashi” (commentary) on the text. Thank you, Rav Landes; thank you Pardes teachers, staff, and students; thank you MASA and Pardes donors, and Thank You, God, for Your nourishment.

“I’ve been bentchen (blessing) the Birkat HaMazon since I was a very little child, at least once a day. I do my best to avoid the public singing of it, while I do respond or lead the zimun (invitation, i.e. Rabbotai Ne’Varech), and say amen to the blessing at the end of the final paragraph.

“The public singing has only one musical form – I have never heard another! And I have so tired of this semi-football cheer / German biergarten chant. It does work to learn the words, and to finish this long blessing. But for me, it is not conducive to thankfulness, which is the point of it all.

“Rory Michelle’s beautiful take on this blessing slows us down, and puts the emphasis on contemplating and thanking God who does… everything… for us. Her Kavannah (intention) allows us to feel the miracle of that large expanse, which is the universe being sustained by the even “larger” (such a term is only evocative rather than descriptive) God.

“And for that, Rory Michelle, I am moved and thankful and strangely hungry! After all, you can only bentch when you are satisfied –

“And thou shalt eat and be satisfied, and bless the LORD thy God for the good land which He hath given thee.”

N.B. Since writing this blog post, fellow Pardesnik Amelia Dornbush’s powerful presentation on the Israeli-Palestinian situation has gotten me to finally actively assess my own opinions and ask others about theirs. Thank you, Amelia, for your courage and for taking a stand in making the argument that restriction of access for Palestinians to water, movement, building, and education, while Jewish settlers are allowed these things, in the context of a longer history, is consistent with the UN 1993 definition of Ethnic Cleansing: “rendering an area ethnically homogenous by using force or intimidation to remove persons of given groups from the area”. I agree with your application of the definition. I don’t know yet what I’m going to do about it, but I felt this was important to say.