[PCJE Graduation] Upon my exit 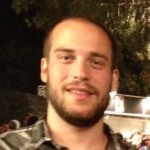 I would like to speak for a few minutes about the Bet Midrash here at Pardes, the room in which we are now gathered. Over at least the last two years, we have spent countless hours every week studying texts and discussing them with our hevrutot and teachers. For many of us, this was something that we were not accustomed to before arriving at Pardes. Perhaps it is fitting for this program to be coming to an end in this very room where we are surrounded by our colleagues and teachers, as well as the texts which have become so meaningful to us.

The Mishnah in Masechet Brachot 28 b mentions a practice that Rabi Nehunia ben Hakana had regarding the Bet Midrash.

Rabbi Nehunia Ben Hakana would recite a brief prayer in his entering the bet midrash and upon his exit. They, (the Rabbis) said to him, what type of place is this for Prayer? He said to them, upon my entrance, I pray that no mishap will occur because of me. And upon my exit, I give thanks for my portion.

The reason that the Rabbis are disturbed is that usually, one would only say this type of prayer in a dangerous situation.

Over the last couple of years, we have all made this room and the texts that it contains a central focus in our lives as students here at pardes, which probably was not so easy in the beginning. However, we have succeeded in building in it a safe space for ourselves and our colleagues as learners.

The Gemara continues on to explain that upon exiting, Nehunia ben Hakana would thank God for allowing him to spend his time studying in the bet midrash. I think that he is touching on something very special here, that those who are able to take the time to go learn in a place like a bet midrash are very lucky.

As we prepare to leave this Bet midrash in pursuit of going to teach in Jewish communities in the United States, I want to say thank you, On behalf of myself and my esteemed classmates for the opportunity to study in a place like this, both here at Pardes, and more specifically in this very Bet Midrash. It has indeed been an incredible opportunity.