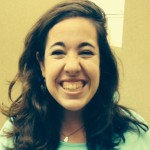 While living in Tel Aviv last month I had the luxury of spending my time at ulpan (intensive Hebrew study), for four days a week, four hours a day. In June, I relaxed, studied my Hebrew, went to the beach, frequented some amazing cafes, and generally just enjoyed my vacation and the break from the crazy schedule that I have throughout the academic year. I walked freely around Tel Aviv during the day and at night, by myself, with friends, and I had no qualms about it.

Knowing that I was moving to Jerusalem for my second month in Israel I anticipated a change. I knew that Jerusalem was a holy city, a place where the Jewish traditions were observed by the majority. I was ready to have a more “religious” experience, knowing that I would be surrounded by observant Jews and a community where I would truly feel at home.

Since arriving in Jerusalem I have adjusted to a very different lifestyle than in Tel Aviv. I am no longer surrounded by men and women in bathing suits on the beach, but rather men in black hats and women in long skirts. I am no longer going to a cafe on a Saturday afternoon to meet friends, but rather I am going to a Shabbat lunch in the neighborhood after morning services at one of the many spirited, orthodox synagogues. I am no longer waking up late during the week and spending my afternoons at ulpan, but rather I am studying from the morning until late afternoon in the Beit Midrash at the Pardes Institute for Jewish Studies. Everything that I anticipated before my arrival in Jerusalem has come to fruition, except for one thing…

Sirens. After the bodies of the three young boys were found, may their souls rest in peace, a continuous stream of conflict began. As the riots near the Old City of Jerusalem started, the tension heightened. Since the riots and many other violent acts, Israel is now tied up in warfare with Hamas and the government of the Gaza Strip.

For as long as I can remember the Gaza Strip has always been the root of violence for Israel and its military. (With my limited knowledge of the politics between Gaza and Israel, I am going to refrain from a political conversation here, but as always don’t hesitate to contact me separately if you have comments, questions, or you just want to discuss.)

This summer I am currently a participant in the Pardes Institute for Jewish Studies three-week summer program. As I begin my second week in the program I find myself anticipating class every morning, waking up to start a day of intensive Jewish learning. I’ve begun to delve into pages of Talmud and learn with a chevruta (study partner). The motto is: Keep Calm and Study Talmud. My focus and drive to study the Jewish text has given me the opportunity to cultivate and strengthen my love for Jewish learning. I anticipated that I would enjoy Pardes, but I didn’t anticipate falling in love with Pardes; and I’m not just talking about the learning, but I’m talking about the people, the community of faculty and fellow participants.

My levels of anticipation have fluctuated up and down throughout my time here in Jerusalem and I know that the anticipation will continue. My emotions are heightened by the current situation and I pray every day that peace will be among us soon. Let us all anticipate the end to the violence and that we may continue to learn and grow from the many challenging experiences we have in our lives.

Sending very large hugs from the holy city of Jerusalem,

PS I also did not anticipate having a siren go off on my birthday. Definitely an interesting addition to my celebrations yesterday!