It’s unusual to have your bags checked by a guard before going into an Israeli garden. And the bag check was before a second guard swept a handheld metal detector around my person.

I was a little surprised. I was with fellow Pardes students at the gates of the lovely Bahai Gardens in Haifa. The current security situation in Israel just didn’t seem to warrant that close an inspection. My surprise turned to sadness when I remembered the severe persecution members of the Bahai faith face in Iran, and I realized the need for tight security.

We were in the second and last day of the 2019 Modern Israel Seminar. The tiyul to communities and historic sites in the North of Israel was led by the Pardes Director of Israel Programming Jamie Salter. We traveled to a mix of sites connected through themes of the vision of Theodor Herzl and how it is expressed in contemporary Israel. The seminar is sponsored by Batya and Ezra Levin and the Irving S. Weinstein Philanthropic Fund. 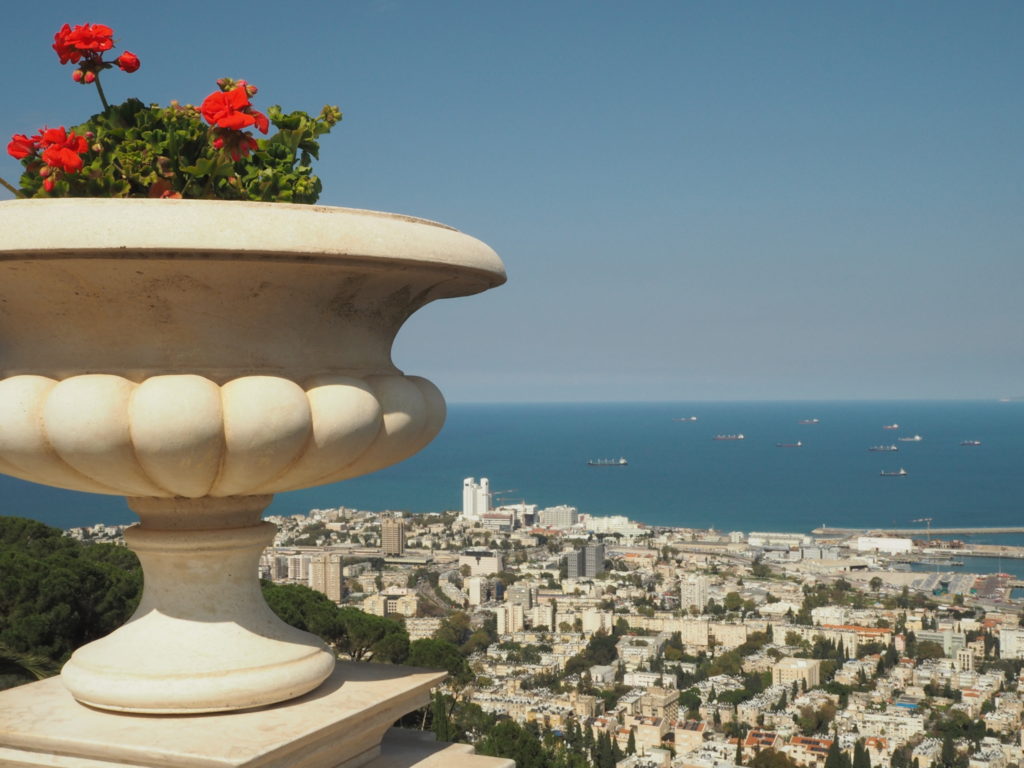 A view of parts of Haifa city and port, the bustling modern port described by Theodor Herzl in 1902, although he never visited Haifa.

Unless I’m in Haifa, I don’t often think of the Bahais in Israel. When I think of non-Jewish minorities in Israel, I think of failures and disputes. Failures to achieve peace, failures to achieve “quiet,” the alternative phrase for Israelis who have given up hoping for peace.  Disputes over land, over water, over education budgets. Disputes over who to blame for failures. So many issues with so few solutions.

I forget the successes, like the Bahais being able to build and maintain two major religious sites in Israel, drawing volunteers and visitors from around the world.  On our trip, we encountered other communities that, while persecuted or living in unstable situations in other countries of the Middle East, have secure positions in Israeli society. The Druze community thrives in Israel. We learned a little about the Druze religion and community in the town of Usifiyeh.  Although Druze practice a secret religion, we understood that young Druze men and women decide to be religious or secular at the age of 15. Secular people don’t learn the secrets of the faith, religious people follow a very simple lifestyle. We visited the museum, which depicts Druze life in the land of Israel before 1948. And we ended the first evening with a kosher dinner featuring a traditional Druze meal in a local restaurant.

The second day, we went to an Ahmadiya mosque and learned about this minority community which is often persecuted in Muslim countries. In Haifa, their community has grown steadily since being founded in 1925. They oppose violence. Worldwide, they have tens of millions of followers in 209 countries.  Ahamdis actively translate the Koran into other languages, including Yiddish. 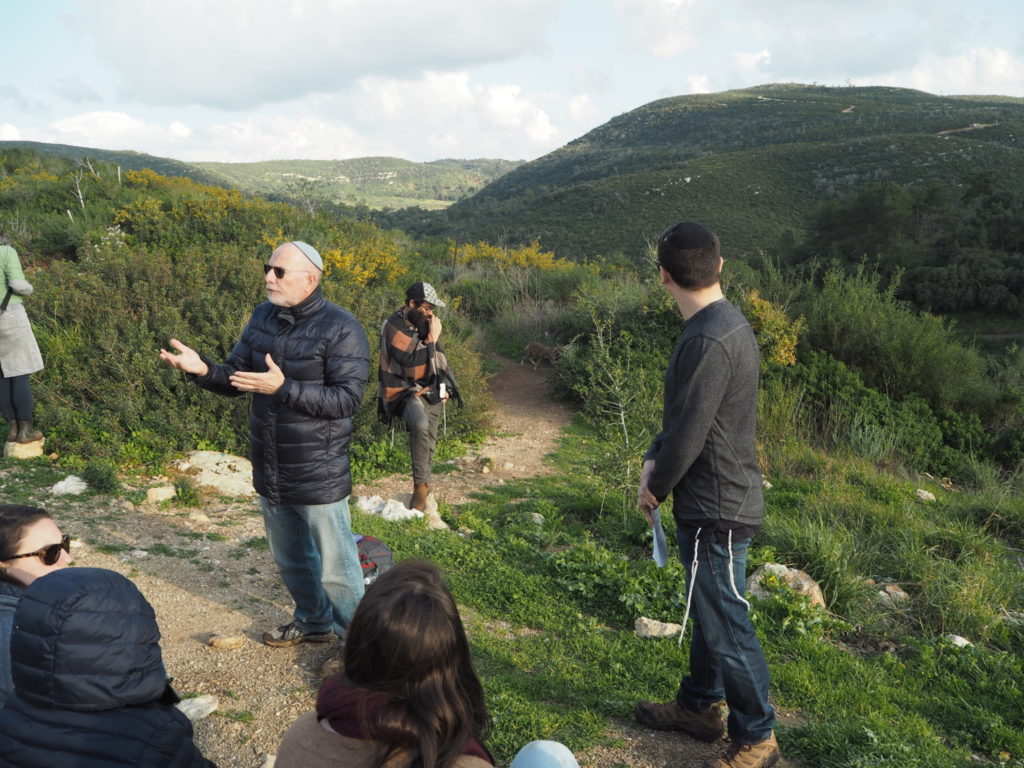 Pardes Dean David Bernstein explains the significance of the memorial to the 44 people who lost their lives in the December, 2010 wildfire on Mt. Carmel. Wildlife has returned, including the jackal on the path in the background.

But the trip wasn’t only about the successes.

We visited the site of one of the greatest failures in recent Israeli history. On the side of the Carmel is a memorial to the 44 police officers, prison guards, guard cadets, a bus driver, and volunteer and professional firefighters who died in the horrific wildfire of December 2010. For decades, unsuitable species of trees were planted, too close together, on the mountains. It just took one ember to burn 9,900 acres. While the losses to the families can never be restored, the forest itself is recovering. It’s not what it was, but except for an occasional charred tree, the mountain is full of life. We even had a jackal approach our group.

Across the street from the Bahai Gardens, we stopped to look out over Haifa Bay and it’s working port. A dozen cargo ships were anchored in the waters below. Jamie noted that Herzl had never been to Haifa. Yet, he claimed, Herzl had loved it. He read a passage from Altenland, Herzl’s 1902 novel that expresses his vision of a utopian Jewish state. Herzl’s words seemed to describe the busy city and port before us. Of course, in other ways, Israel has not been able to bring Herzl’s full vision to life. Is that a failure, or an acceptance of reality?

I don’t know, and I can’t predict how common memory will remember the Israel of 2019 in one hundred years. But perhaps the successes we have achieved as a state can give us hope to attempt to deal with the areas where we have lacked success. 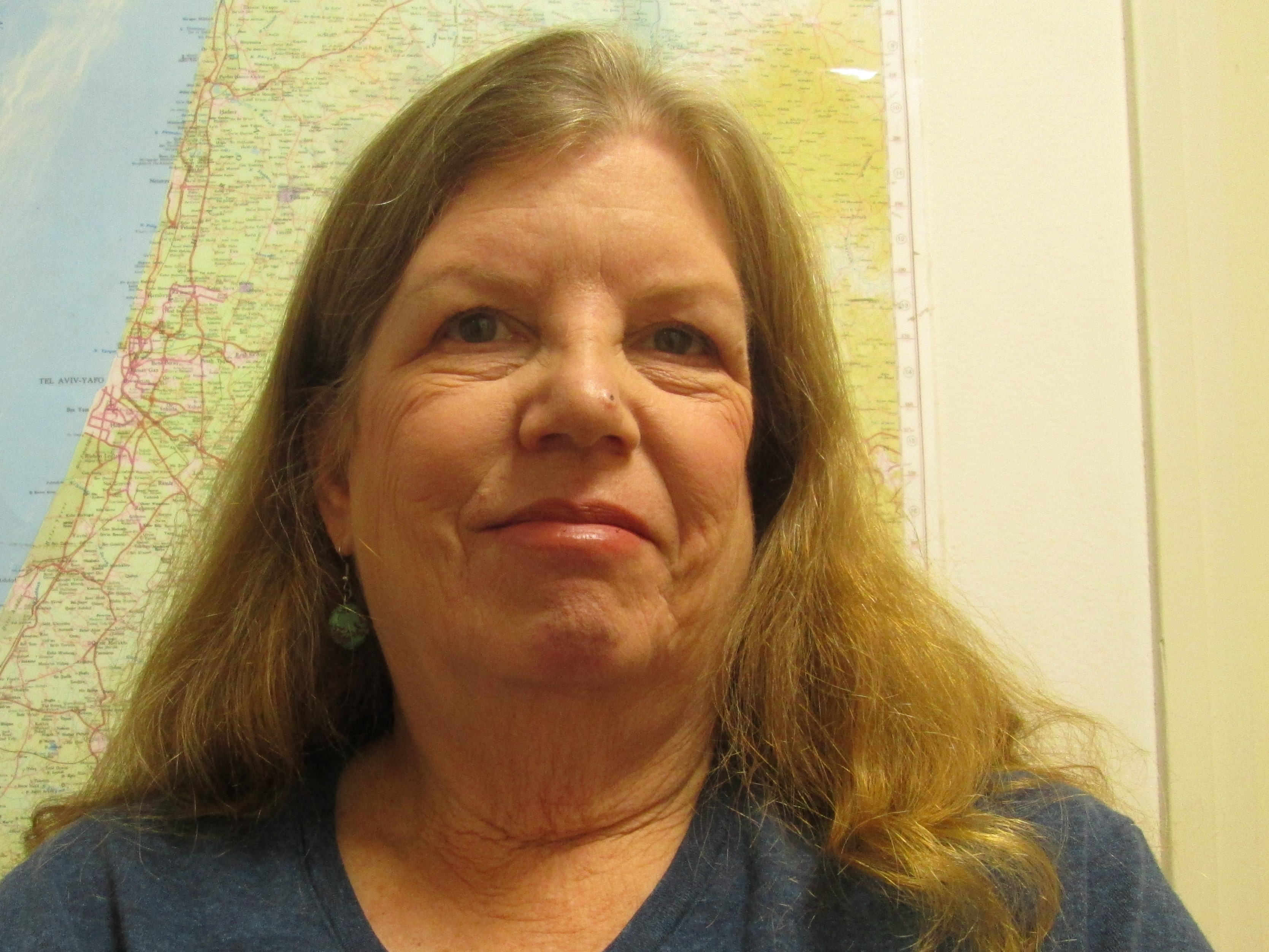