Growing up attending Jewish Day School, I always knew that the Fast of Gedalia was done in commemoration of the assassination of a Jewish leader in charge of Israel following the destruction of the First Temple. This leader, Gedalia, son of Ahikam was accused of collaborating with the Babylonian empire and thus assassinated by a fellow Jew. While such is an unspeakable tragedy, I was always bothered by the hypocrisy of fasting while doing little to commemorate a similar event that occurred on November 4th (12 Cheshvan) 1995 when Prime Minister Yitzchak Rabin was assassinated in similar circumstances.

Thus, five years ago I began to fast on the 12th of Cheshvan in order to commemorate this unspeakable tragedy that occurred to the Jewish people on that day. Even though one could critique his decision to participate in and sign the Oslo Accords, the hatred incited by many leaders on the Political Right, especially among many in the Religious Zionist world who presumably fast every Tzom Gedalia, is an unspeakable tragedy to me and I will continue to fast until we as members of the Jewish people will recognize each other’s difference and treat everyone with respect.

With increasing wealth inequality and political polarization, it sadly seems unlikely for us to reach that point in the near future but am incredibly proud that the institution I currently attend, the Pardes Institute of Jewish Studies, takes a step in the right direction through their Mahloket Matters seminar. Only by beginning to embrace the differences found among different voices within our community will we be able to make the progress necessary to heal the painful fractures in global and Jewish society. May we all work together to see the humanity in those different from ourselves and make the world a better place. 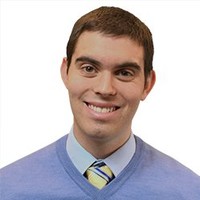