This will likely be my final note on the Pardes ’10 Poland Trip. We’ll see.

Much of what I’ve reflected upon has been inspired by R. Levi Cooper, and I’m particularly appreciative of his emphasis on the wealth of Eastern European Jewish culture before the Shoah. We spent much of our final day touring the Jewish sites of Kraków, Poland because he did not want to end our trip at a concentration camp (we’d been at Auschwitz all day the previous day). He wanted us to leave Poland remembering the glory of Ashkenazi culture before the Shoah. 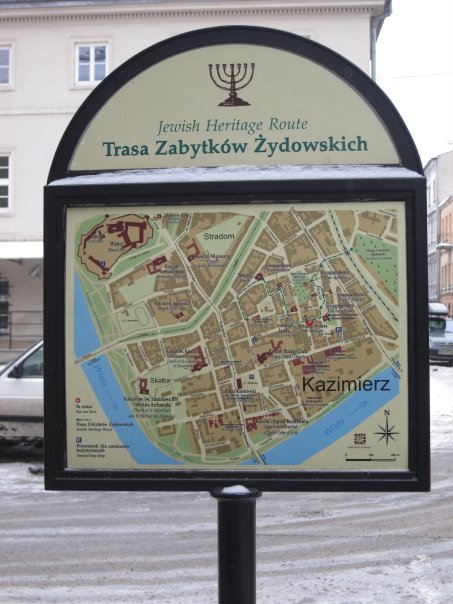 For me, it worked.

Last night, I attended a men’s Rosh Hodesh celebration hosted by two lovely human beings that I study with at Pardes. I’d never attended such an event before, and I didn’t really know what to expect (I’m not sure anybody else did either), but I had a wonderful time.

We were lucky to have our classmate Ira play guitar and lead us in song, and Ayal lovingly encouraged us to share words of Torah with one another, which many did. Our group included new students and older students, as well as the medic from our Negev Tiyul. A friend later commented to me upon the level of “authenticity and Jewish love” at Josh & Dave’s Rosh Hodesh event; I wasn’t the only one affected. “It was good to sing and dance with you last night,” he wrote.

I often have difficulty feeling celebratory when it’s expected of me. Earlier that day, students had been dancing around Pardes in celebration of Rosh Hodesh, and I had felt uncomfortable, but at the men’s Rosh Hodesh event that night, I suddenly wanted to sing & dance in celebration of the month of Adar – and I did. 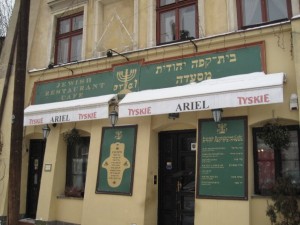 After touring Jewish Kraków, before boarding the bus for our next destination, a friend with a strong kesher (connection) to his Ashkenazi roots said to me, “I can imagine having lived here: I can imagine having been myself, living in this Kraków that we learned about today. I relate to this.”

And I said, “I don’t relate to this at all. I have pieces of Eastern European, Israeli, and North American Judaism swirling around within me, and don’t think I would have been the same person back in the Kraków of centuries past. My pluralistic Modern Orthodox Judaism didn’t exist back then. I would been raised under different influences. The shuls of Kraków are beautiful, and I stand proud of the tremendous Jewish culture that once flourished here, but… this isn’t my Jewish culture.”

I’ve been enjoying Bible Raps music clips recently because somebody at Pardes sent out a link to their Purim video (Bible Raps was started by a Pardes alumnus, btw). Listening to this reflection of a 21st century American Jew’s passion for Jewish education has resonated powerfully with me: the fusion of Jewish learning and modern U.S. pop culture feels… authentic. It feels like a fusion of… pieces of myself.

I’ve been taking classes on halakha (Jewish law) at Pardes this year, and loving them. Rabbi Moshe Isserles (1520-1572) of Kraków has been one of my teachers this year, and having the opportunity to visit his shul in Poland was very special for me. Out of eternal honor for this Gaon (Torah giant), his chair at shul remains empty throughout the year. 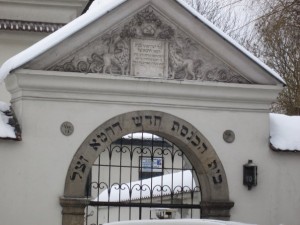 Once, R. Isserles lived and taught. Once, he was a pillar of his Kraków community; he donated his home to the community as a synagogue; he subsidized students of Torah with his own resources; and he was one of the greatest Jewish scholars of Europe.

Today, I connect to R. Isserles through his texts. Centuries later and on different continents, I apply this Gaon’s teachings as best I can to my life in modern, Western society… which is very different from the life he knew.