Bereishit – The Beginning of My Chumash Project

Since I was inspired to undertake this project due in large part to being at Pardes, I thought I would post this here too.

My ‘Chumash Project’: My plan is to tackle one commentary a year, Rashi this year, reading Chumash with that commentary in line with the weekly parsha.  Given certain circumstances largely out of my control, I am nearly a month late in posting this summary of Bereishit, but better late than never.  A caution: this is for the most part a technical overview of a lot of Jewish text, and a lot of work could be done to make it more literarily appealing (which I hope to do next time).  So here is a list of 9 noteworthy questions/thoughts/issues that I had with Bereishit: 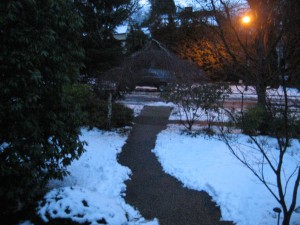 And as a bonus for anyone who is still reading, here’s a picture of what it looks like outside my house right now, (so much for me trying to convince you that Vancouver isn’t cold like the rest of Canada):