[PEP Student] What’s in a Name?

Dear Friends,
As some of you may know, I’m still in Jerusalem and about to complete my final project at Pardes. Although it is a bit bizarre to learn in the Pardes building with many of my friends, colleagues and teachers missing, I have enjoyed studying Torah lishma (for its own/Heaven’s sake) and participating in some hands-on workshops from educators in the field. As I review the parsha this week, I am once again compelled to step outside of the walls of the bet midrash (house of study) and consider my relationship to Israel.
This week’s parsha, Sh’lach or Sh’lach Lecha, discusses the famous episode of the 12 Spies who went to scout out the Land of Israel while the remainder of the Jewish People were in the desert anticipating their entry into the Promised Land. But before delving into how these representatives of the tribes toured the Land of Israel and reported their findings to the masses, I want to stop and notice WHO were the spies. 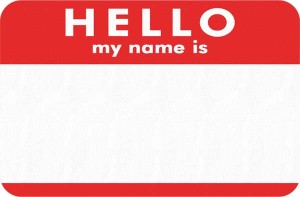 In Shakespeare’s work, Romeo and Juliet, he writes:

“What’s in a name? That which we call a rose
By any other name would smell as sweet.”

However, the beginning of the parsha lists the names of the 12 Spies sent from each tribe. As I read the parsha this week, I am struck by their names:
To my mind, what is striking about the names of the 12 Spies already begin to tell their story and allude to their subsequent experience scouting out the Land of Israel. Allow me to substantiate this claim.
The first name that is given in this list is שַׁמּוּעַ בֶּן-זַכּוּר. The first name of this scout, Shamua, (representing the tribe of Reuben) contains within it the Hebrew root shin-men-ayin which means “to hear”. But the linguistic format of his name connotes a passive “hearing”, translating roughly as “that which was heard”. Already we can begin to anticipate what has been or will be heard by this individual. We can almost predict that this individual has heard something either disturbing or traumatic, or he has not altogether internalized what he has heard. (And interesting aside: the word for “rumour” in Hebrew is שמועה (shmuah) which sounds incredibly similar to this spy’s name. The idea of spreading a rumour is immediately connected to this biblical narrative as it calls into questions and/or highlights the truth, falsehood and exaggerations in the spies’ reports to the nation.) Shamua‘s family name, Zachur, is even more conspicuous. Zachur means “remembered”. And again, the question arises: what is “remembered”? Is this event, individual or idea something which he actively remembered or something that has crept into his memory unconsciously?
Similar analysis can be done to the name of the representative of the Dan, עַמִּיאֵל בֶּן-גְּמַלִּי  (Amiel son of Gamli). The first name, Amiel, means literally “my nation is God”. As you can guess, this name suggests a very strong and committed relationship to God and the nation. And his family name (or his father’s name) stems from Hebrew root ג-מ-ל, which can mean many things: “to do good or evil”, “to recompense”, “to ripen” and “to load”. Naturally the richness of this Hebrew word lends itself to endless interpretations as to the significance or hidden messages of this scout’s name.
As careful readers of the text with a literary sense, these names invite us to imagine and even predict what the scouts might say and do during their travels in the Land of Israel, and how and what they might share upon their return to the Jewish People awaiting their reports in the desert. We can imagine that some of the scouts see this mission as one which does not compromise their commitment to God and the People. No doubt some of the spies’ observations will be informed by what they have heard or remembered of the past, some miraculous and other traumatic accounts. And there will be some scouts whose motives are unclear: are they coming to do good or evil? With whom (if at all) will they make restitution?
In examining the names of the scouts and how they might inform or foreshadow what will unfold in the coming chapters of the parsha, I’m curious how this close reading of the scouts’ names might inform our own sensitivity to our names, and those of others.
Stop and ask yourself: What is the meaning of my name?
I think that Parshat Sh’lach is coming to teach us an incredibly powerful lesson about the self: Each of us has the power to live up to the expectations and ideals of our first or second names, our nicknames, and our family’s names. We may be tempted to disregard such expectations and do as we please. But ultimately, while our names may set us on a particular path or serve as a lighthouse to show us the way, we can always choose to embrace the ‘destiny’ of our names, reject it or transform it into our own paths.
I bless us all that we take ownership of our names and make choices that reveal the values we treasure. In light of the names of the 12 Spies in the parsha, may our words and actions reflect how we want to be remembered and called.
Shabbat Shalom,