Posted on January 3, 2012 by The Director of Digital Media 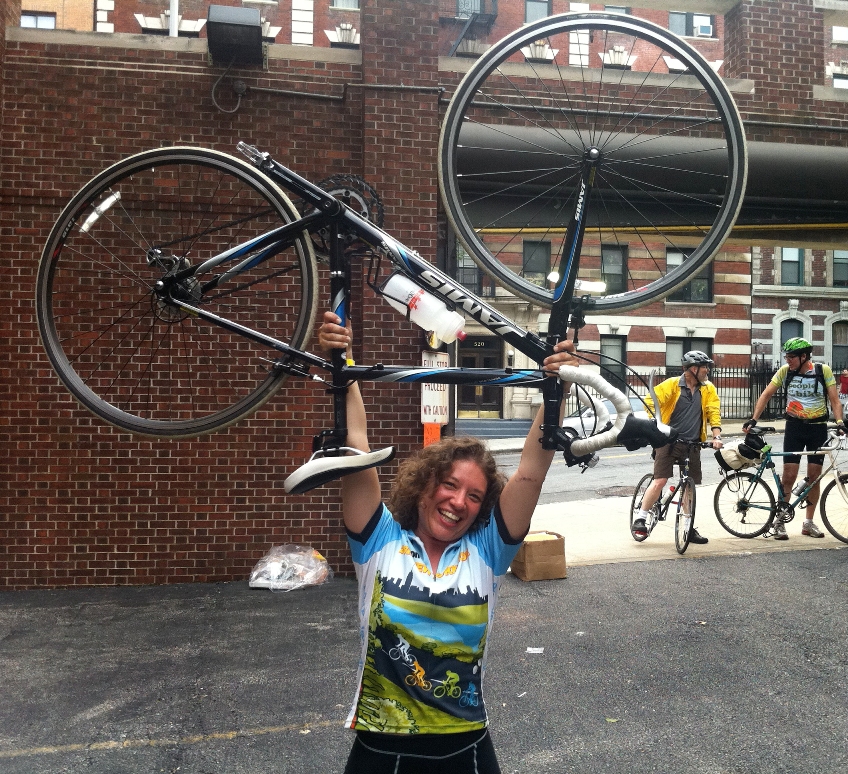 Falynn studied at Pardes in 1999-2000 before moving to Atlanta, and founding Pardes Atlanta with the help of Marc Baker (97-98, 99-00 Fellow, 00-02 PEP). She coordinated all the parts that were not teaching — publicity, planning, scheduling, venue, Shabbatonim, and shiurim, and Marc and a few other Pardes alumni taught the shiurim.

“Really it was a selfish way for me to be able to learn in the style I fell in love with at Pardes even though I couldn’t be in Israel… It was also pretty chutzpadik because I just used the Pardes name… Thankfully, they liked what we were doing, and they sent Pardes teachers through Atlanta when they were in the States.”

She worked as an architect in Atlanta, completed her Masters degree, and started the Atlanta Chevre Minyan; then moved to San Francisco to do marketing for an architecture firm; and later to Washington, DC. All the while, Falynn dreamed of returning to Pardes, and when her mother passed away last June, she found herself free to live abroad again. Today, Falynn is working for Pardes in communications & recruitment, and taking classes once again.

“Pardes is like home to me. When I was in the States… I used to close my eyes and imagine myself there. My friends from Pardes became my best friends, and they still are. If you ask me what “kind” of Jew I am… my only affiliation is as a Pardesnik. To me that sums up the complexity of my relationship with Judaism, my love of community, and my need for serious learning.”

We really want to share Falynn’s thoughts on Pardes here on These&Those so we’ve pasted them below… this is really worth a read:

Before I got to Israel this time I had the sense that I would be very much tired of talking about my or listening to others’ Jewish journey. That was a major topic of conversation for me 10 years ago when I arrived in Jerusalem thinking I was the only one who didn’t know any Jewish stuff and that I was the only one who had taken many small steps that led to the giant leap of going to a foreign land to learn.

What I found last time is that everyone has a Jewish journey, and everyone likes to talk about theirs, including me. But this time, I was sure I was over it.

And then I got to Pardes.

On the first day with the students, someone asked me to tell her my Jewish journey. I grunted a bit, so another student said, “Tell us in five words of fewer.”

I’m not sure I have ever said anything in five words or fewer, so I was pretty impressed with myself. Then I asked them to tell their journeys. And as I listened, I found that each one was fascinating to me in exactly the same way journeys were interesting to me in 1999.

If there is such thing as a pure pursuit, one that is not motivated by resume building, networking, money-making, or parent-pride-producing, then Pardes tops the list. The people who go to Pardes go to learn simply for the sake of wanting to know. Most have no agenda and no idea what it will look like once they get there or what they’ll look like when they leave.

Before I went to Pardes I spent a year going to a Conservative synagogue and reading as many Jewish books as I could find. I spent six months trying to learn the Hebrew alphabet and a few Hebrew words. The week before I left I ate as much non-kosher food as possible, not because I thought I would ever keep kosher, but because I didn’t think I’d have my favorite foods available to me while I was in Jerusalem.

And then I went to Pardes, and it changed everything. I learned stuff I didn’t even know I didn’t know. I got to ask questions amongst open, honest people who were confused about a lot of the same things I was. I found people committed to community, interested in growth, and pursuing a path that makes sense to them, even with all of its contradictions and complexities.

That path led me back to Florida, on to Atlanta, and part of building community as I went. Atlanta, San Francisco, Washington, DC: three great cities where if you put yourself into the heart of Jewish communal life, you will find friends, support, meaningful prayer, and intellectual curiosity.

On the outside, it looked like I came home from Pardes observing the traditional laws of Shabbat and kashrut. But really what I had done was bought into 5000 years of tradition, building on my ancestors’ foundation and linking me to a contemporary community. I gained a world that values interdependence, knowing your neighbors, and not going it alone. I found not just friends, but also family.

One year really can change everything, and being back at Pardes reminds me how short a time a year really is, how many changes can happen, and what a beautiful thing each of our Jewish journeys is.