I am presently having an odd experience of disconnect. The premise is this: 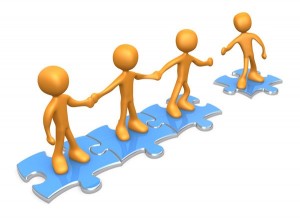 Reality to the left. Brain to the right. Keep reading for further explanation.

Bad things keep happening to me. In the grand scheme of life, they are not terrible things: no death, no serious illness, no natural disasters. But sometimes the little things seem even more powerful, especially in a world of rampant individualism and competitive goal fulfillment (but I can only speak for myself. I can’t say the same for you because I’m too busy maximizing my own potential).

Without getting too specific (it’s tempting, but I have to keep in mind that this blog is public), let’s just say that all of the bad things in the past week can be lumped together into one category: rejection. 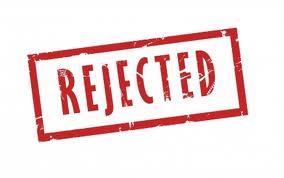 I’ve been rejected lots of times in the past. In tenth grade, I made it to the final round of auditions for my school’s production of The Miracle Worker. After an entire night and day of hoping like crazy, I read the cast list: rejected! After writing a three-page essay and fantasizing about being the student speaker at my high school graduation, I heard that the chosen speaker was that kid who always wins everything. My speech had been: rejected! After liking a boy for at least a year and deciding that I was never going to ask him out because he wasn’t into me, he walked me home one night simply to tell me that he knew how I felt and he was now going to shove it in my face: rejected! Last week, one of my teachers even refused my request to finish a chapter of Genesis in class: rejected by a rabbi.

What can I say – it’s a rough life. At least my mom still accepts my phone calls.

Thankfully, I’ve managed to bounce back from rejection. In twelfth grade, I auditioned for and received a part in The Diary of Anne Frank. I then walked across the stage in my long, white robe and sincerely enjoyed the fact that I did not have to worry about sending a sappy message to my 400 classmates and their parents. A few years later, I am still rejected by boys, but what the hell, some balls bounce lower than others. Or just run out of air. 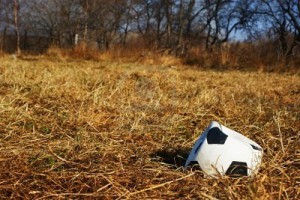 But! As long as I buy my air-pump at the right store, I will bounce back from these new rejections, too.
Unfortunately (but not unexpectedly), Rabbi Zera raises an objection: Your plan for the future is crumbling like the Second Temple.
Rabbi Effes replies: But the Western Wall is still standing.
Rabbi Zera said to him: One wall does not represent an entire building.
Virgil pipes in with: Have you ever heard of synechdoche?
Rabbi Zera replies: We cannot derive a principle from someone who speaks Latin. 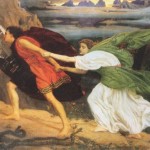 Whatever you do man, don’t turn around.

Rabbi Effes agrees: That is true. But we must admit that Virgil was a freakin’ awesome story-teller. There was once a man named Orpheus and a nymph named Eurydice…[entire story omitted here for irrelevancy]…Therefore, we learn from this to always look forward.
Anonymous rabbi #1: How do we learn that from this story?
Anonymous rabbi #2: It’s simple! Orpheus was punished for looking behind him. Therefore, one who looks forward will have a better chance of success.
Hopelessly romantic teenage girl: But he lost the love of his life! And it wasn’t even his fault!
Anonymous rabbi #2: That is not so. Orpheus was told that Eurydice would follow him to the world of the living if he did not look back. But he did not trust. He had no faith. He turned his head and gained only sadness from what lay behind him. He should have looked forward. 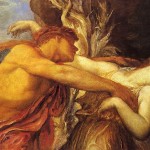 Whoops, too late. Back to Hades.

I knew it! Gemara can always help when you’re feeling blue. Which reminds me to come back to that disconnect I mentioned earlier: despite all the rejection, I’m not feeling particularly blue – but perhaps a peaceful shade of teal. There are at least three factors contributing to this disconnect:

I am looking forward to so much in the coming few days:

Look at that. The good things outnumber the bad by 100 percent! And now, a few words of wisdom from the greats*…

Bolting from the window, I cry,

“What a lark! What a plunge!…” and let myself fly

toward “the puzzle of puzzles / That which we call BEING…Failing to fetch me at first, keep encouraged; / Missing me one place, search another; / I stop somewhere, waiting for you.”

Or, rather, waiting for me. 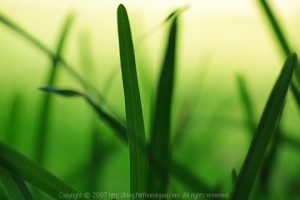 *Orpheus’ lyre goes to the reader who knows the authors without using Google. 🙂