[PCJE Dvar Torah] Is Your Honor Also My Honor? by Hannah Perlis 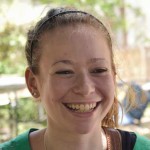 Imagine that you are applying for a promotion at work and your dear friend gets that promotion instead of you even though you’ve worked really hard. Do you support that friend, or do you become resentful, and secretly a little jealous?

In this week’s Parsha, Bimidbar, after a lengthy census, the tribes of Bnei Yisrael were each given a different job helping with the Mishkan building, traveling, and protecting. But, the Levites were given special attention and they were assigned jobs that the other tribes were told explicitly not to do because that was not under their jurisdiction.

In Perek Aleph, it states some of the jobs of the Levites,

I think it’s impressive that the other tribes weren’t jealous of the Levites (or at least it was not reported that they showed any jealousy) who had the chance to do many unique and special tasks. The Torah even states that any outsider who goes near the Mishkan will die. So, if the other tribes wanted to help, they were not even given the chance to get near the Mishkan.

Several times in the Parsha, God also says that the Levites belong to Him.

“…and the Levites shall be Mine.”

God’s possessiveness over the Levites is actually flattery of the highest form. They seem to be his most prized children in this Parsha. If the Levites were picked as the favorites, then how did the rest of Bnei Yisrael continue to thrive in their “workplace?”

Rabbi Eliezer said: “Let the honor of your friend be as dear to you as your own; and be not easily provoked to anger.”

The Parsha states that Bnei Yisrael did all that God commanded them to do. Perhaps they were able to see that the honor that God bestowed upon the Levites was contributing to the group as a whole, and that they were all working towards the same goal. It’s not always easy to be happy for other people, especially when you have the same goal in mind. But, I think it takes a truly strong community to understand the greater goal might outweigh the immediate, local reward of being recognized. I’ve found that the most loyal friends I have are the ones that can share in my small personal successes. I hope to be that type of friend and colleague to others as well. 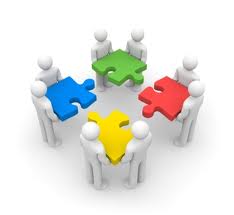 Yesterday, we celebrated Yom Yerushalayim in Israel, the commemoration of the reunification of Jerusalem in 1967. It was a great day to walk around the city and see concerts, and huge Israeli dancing circles. It made me feel extremely proud to let the honor of Israel also be my honor. It is definitely not always the easiest road to take, but if the greater community were to share in the joy of honors as easily as we share in the devastation of disasters, then maybe we would all have a lot more things to celebrate.