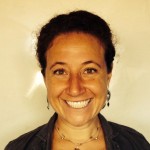 Mikeitz, is the parsha of this week,
Pharaoh had two dreams which would led to Egypt’s peak.

Joseph was at his lowest, in captive for things he did not do,
Forgotten by the chief cupbearer and feeling pretty blue.

Until he was remembered, it had been some time,
Pharaoh needed help, interpreting the corn and kine.

Because Joseph was able to tell Pharaoh, all about the famine,
He became in charge, the next 14 years he was jammin’!!

It’s also important to know, he helped his brothers out,
Although they did not recognize him, he helped them through the drought.

This week we are not only celebrating Thanksgiving, but also our Festival of Lights,
We were in a war with them Greeks, fighting for our rights.

In the end, the Zealots won, and we have a chag to celebrate,
So much fun eating latkes, and sufganiyot are great!!

Oil was found, which was meant to last for only one evening,
Instead it lasted eight nights, and now we do a lot of singing.

Now you ask, “How do these two stories connect?”
When we, the Jewish people are down, and things are not perfect.

We can get through anything, as our history in the Torah reads,
If we look carefully we can always find the LIGHT that answers our needs!!