Daniel Roth presented our ‘Judaism and Conflict Resolution’ class for Jewish Educators with this assignment, and below is the modern ‘Third Story’ that I wrote about Jacob and Esav:

Do you remember your first kiss? Awkward braces, chapped lips, a pulse fast enough to make a techno beat with – nerves. The nervous system never quite heals from the intense embarrassment of that first kiss. And if you think about it- we have many first kisses. The first time our mother kisses us once we are born. The first time a dog licks our cheeks, leaving behind a trail of bad breath and unforgettable affection. The first time we realize we are old enough to kiss the people we love; boyfriends, girlfriends, parents, siblings. That is a good first kiss – why? Because we have achieved a level of intimacy that we now know deep within ourselves; the love with have for those people is not just in our hearts, it’s in our actions. So we pucker up, and we kiss.

There are many first kisses in the history of time. The first time the sun kissed the earth and made plants. The first time God kissed Adam and made life. The first time Adam and Chava kissed. And so on. In the story of our ancestors, there is one kiss in the Torah that is most definitely of epic proportions. After not seeing his twin brother for many years, Esau meets Ya’akov in the field, and the two of them embrace, and he kissed him.

Of course we know that the relationship of Esau and Ya’akov is not simple; from the womb they fought one another, detested one another, wrestled one another and resented their brotherhood. And yet, the most precious tool we have for healing is time. As time passed and wore over their skin and scars something started to let up; perhaps it was the way Ya’akov pleaded out of fear for Esau’s favor. Maybe it was the look on Esau’s face when he heard his brother left town for the first time – a bit of regret, a bit of relief. Or maybe it was just the divine glory of HaKadosh Baruchu that helped bring them together that monumental afternoon. Both Ya’akov and Esau, the wrestler and the maker, struggled as the magnetic forces between them brought them closer and closer and closer until- 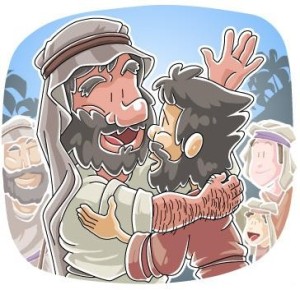 Who kissed whom you ask? It is told that Esau kissed Ya’akov. But you know, those stories of your first kiss with someone – neither party really likes to admit who kissed whom. And it never really matters anyway, because the kiss happened. And how does a brother kiss another brother, you might ask? It’s hard to say, really. Perhaps with a bit of fervor, a bit of love, a dash of intimacy and a dose of aggression. Someone says that he kissed him with a full heart; others say he actually bit him.