[PCJE Dvar Torah] ‘The Miracle in the Mirror’ by Ilana Lipman 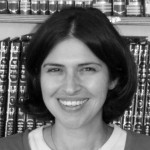 Storytime season is upon us. When I think of the Purim/Pesach season, I see vivid characters from far away countries, heroes of our people, crowns and jewels and riches and royalty, evil people and good people, dark fears and startling redemptions. What rich stories go along with these two chagim!

I sometimes question why the Pesach and Purim stories are told in such different ways. On Pesach, families convene together in their homes and read the Haggadah, adding in color and magic to keep the children awake and interested. But interestingly, the  Talmudic ruling regarding what needs to be told as part of the Pesach story is “pesach, matzah, marror;” that is, although it is important to re-tell the Pesach story at our sedarim, we were originally provided with only a basic backbone, and the rest of the story-telling was left up to our own creativity.

On Purim, however, we convene as a community at shul, and it is a mitzvah upon every man and woman to hear every word of the megillah – twice!

So why? We have two very important stories that are enormous pieces of the history of our people, yet the commandment to re-tell these stories is so different. 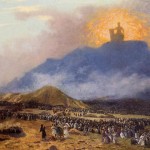 The Chachamim point out to us that the Jews fulfilled on Purim that which they had already accepted at Har Sinai – that is, the Torah. (Shabbat 88a referencing Megilat Esther 9:27) In other words, at Har Sinai, the Jews may have accepted the Torah because they felt that they had no other choice. Having recently been freed from 400 years of slavery, there was really nowhere else for Bnei Yisrael to turn other than to the comforting structure and leadership promised by Moshe, Gd and the laws of Torah. If that wasn’t enough, the overt miracles that occurred at Har Sinai were amazing (or scary) enough that it wouldn’t make sense for B’nai Yisrael not to accept Gd’s word. On Purim, however, there were no overt miracles to convince the Jews to accept the Torah. The lack of Gd’s obvious presence, though, did not deter the Jews who willingly re-accepted the Torah. The choice not to reaccept the Torah certainly existed, but the Jews actively wanted to attach themselves to mitzvot and Torah law.

Pesach is filled with extraordinary miracles, one does not need to look to closely in order to see Gd’s hand at work! The repeated examples of a nes nigla -a revealed, or open, miracle are multiple and each one more striking than the next: the trembling of Har Sinai, the splitting of the red sea, the 10 plagues – it’s all there, open and obvious. Purim, however, is different. Not only are there no overt miracles whatsoever, but we don’t even see Gd’s name appear once throughout the entire Megilah. The miracles of Purim are hidden – nes nistar (get the connection? Esther…nistar) and we really have to work hard to find them!

I think that this may be part of the reason why we are commanded to read megillah twice. It would be so easy to say, “This is a fairytale. It’s a nice (or actually, not so nice) story.” But in reading TWICE, we are being subtly asked to read beyond the surface, to see beyond the fairytale. Maybe we are being asked to find our own lives in the Purim story. Similar to the experiences of Esther and Mordechai, God does not operate overtly in our lives. We don’t see or hear Gd in obvious ways. If we want to see Gd, we must go out and look. Gd does not impose Himself on us in the way that He did at Har Sinai; instead, Gd is woven through the people and events in our lives in subtle and quiet ways. In other words, Gd is there, but if we want to feel Gds presence in our lives, it is up to us to reach out and find it!