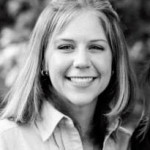 לֶךְ לְךָ מֵאַרְצְךָ וּמִמּוֹלַדְתְּךָ וּמִבֵּית אָבִיךָ אֶל הָאָרֶץ אֲשֶׁר אַרְאֶךָּ:
בראשית יב:א
“Go forth from your land and from your birthplace and from your father’s house, to the land that I will show you.” Genesis 12:1. HaShem tells Avraham to leave his land, his birthplace, his father’s home and go to another land. HaShem continues and says that he will bless Avraham in many ways.
I feel that over the past six years of my life, I have been like Avraham. I left the land I was from, from where I was born, my parents’ house, to a land (Israel) that HaShem showed me. I earned a Masters Degree in Middle East Studies, learned Hebrew, and for the past three years studied in the best beit midrash (house of study) in the world at the Pardes Institute of Jewish Studies. At Pardes, I was free to question, change, grow, challenge my thinking, my actions, my way of living. And I did all those things. I changed, a lot. I didn’t really have to explain to my parents and family how I was changing. It was just my thinking, but also the way I practiced my religion. I didn’t have to explain how I became to feel more identified to Am Yisrael and the Jewish people than I did with being American. I didn’t have to explain why I started to keep kosher, keep Shabbat, keep mitzvot. Maybe they saw pictures, or I mentioned something here or there, and they knew I didn’t call on Saturdays, but they didn’t really know the extent of my changes. Maybe that was my fault, or maybe I wasn’t totally aware of the process that I was going through.  Either way, I wasn’t the same person I was when I left my parents’ home.

But unlike Avraham, at some point, I would be returning home. It happened last August. After five years in Israel, I returned to the land of my birth, to a place near (within driving distance) of my parents’ home. I was blessed to receive a teaching position at a Jewish Day School in the midwest. I would be returning to the United States a totally different person than when I left.

The weekend before when my parents were in Skokie, Illinois they went to the kosher Jewel and bought lots of things. I brought kosher utensils from my apartment and we cooked everything in those. We didn’t use butter…on anything. We made roasted potatoes instead of mashed. And guess what, everyone survived.

And not only did everyone survive, I got to spend lots of time with my niece and nephew. The hardest part about living in Israel is being far away from them. Although I came home twice a year, I feel like I completely missed the first five years of my nephew’s life. Both my niece and nephew are so smart, sweet, lovable and kind. By returning to the midwest, I definitely get to be a part of their lives much more. Being able to be with my family, makes all the requesting, explaining, awkwardness, all the ignoring the weird/rude comments, and even sometimes not being able to eat, all worthwhile.
I remember being at Pardes talking to one of my rabbis and I was expressing my anxiety about going home a year before it was actually going to happen. He said, “you need to communicate.” Although, simple, it’s not simple at all. Communication isn’t easy. But starting as early as possible and being as honest as possible, is very important. My families participation may have come with some complaining and lack of understanding, but they got exactly what I needed and did exactly what I needed to be able to be comfortable in their home…because in the end, our goal was the same. We all wanted to be together.