Our double Parsha – Vayakhel-Pekudei is focused on building the Mishkan or Tabernacle. And as we know, God calls on Betzelel to build it. There are two contradicting Midrashim around Betzelel and the order in which he builds the Tabernacle (Mishkan משכן), the Ark (Aron ארון), and the vessels (כלים the keilim). 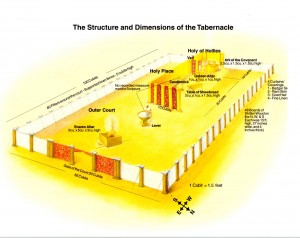 In Shemot Rabba – It quotes a verse from Mishlei – Proverbs that says, “Give to a wise man, and he will be yet wiser.” And one of the thoughts is that it is referring to Betzelel. When God told Moses to make the Tabernacle, he came to Betzelel and told him of this command. Betzelel asked, “What is the point of the Mishkan?” And Moses said, “In order that the Holy One, blessed be He, may make His Shechinah and dwell therein and teach the Torah to Israel.”

So in this Midrash from Shemot Rabba – the Ark is made first and the Torah is figuratively put first as well.

In the Gemara – Brachot 55a. There is a very similar story with a different ending. Betzelel was so named on account of his wisdom, which was shown in the following incident. When the Holy One, Blessed is He, said to Moses, “Go and tell Betzelel to make me a Mishkan, Aron, and Keilim” … Moshe went and reversed the order. and said INSTEAD… ”Make an aron, calim, and mishkan.” Betzelel said to him, “Moshe, our teacher! The practice of this world is that first a person builds a house and then he brings vessels into it. But you say, Make for me an Aron, Keilim, and a Mishkan. Into what shall I put the vessels that I make? Perhaps the Holy One, Blessed be He said to you as follows, ‘Make a Mishkan, and then an Aron, and keilim?’” Moses said to him, “perhaps you were in the shadow of God and that is how you knew this.” Hence how Betzelel received his name.

So what can we take from these two stories? I like to think that Torah or the Aron represents study and building the Mishkan is like a house and represents actions. And just as the rabbis really couldn’t figure out which one is more important or what should have been built first, just like the chicken or the egg, we cannot obtain one without the other. We need to study and understand the mitzvot, we need to delve into Torah which will lead us to better actions and being better people. We also need to act kindly and do good deeds which will lead to studying because we will want to understand why we should do these things and why it feels so good when we behave this way. 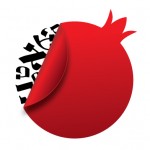 Having been a student at Pardes for nearly two years, I have felt these values come alive inside me, mostly through studying Torah and participating in building our community. I’m only a student at Pardes, but I urge everyone who has ever wanted to study Jewish texts and is interested in exploring their Judaism to apply to come to Pardes. I don’t even know what the preferred application means, but the preferred application deadline is March 10th for the 2013-2014 school year, and being accepted early is even better than just being accepted! So do it now and discover parts of yourself that you didn’t even know were deep inside of you.