Posted on April 4, 2013 by The Director of Digital Media 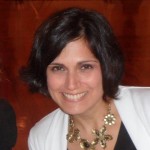 It is usually considered good practice to connect one’s Dvar Torah about the Parshah to some current event or to an upcoming holiday. As such, I want to find some segue between this week’s Torah portion – Parshat Shemini – and Yom HaShoah – Holocaust Remembrance Day, which will be commemorated in Israel next Monday. In truth, it is actually next week’s double portion of Tazria-Metzora under whose purview Yom HaShoah falls this year, but Shemini, and its telling of the death of Aharon’s sons, Nadav and Avihu, at God’s hands, because they “offered before the Lord alien fire which He had not enjoined upon them,” is often referred to as a jumping-off point for speaking about the death of six million Jews during the Holocaust.

And yet I resist.

I am pretty confident that I could come up with some association, some comment, about how the story of Nadav and Avihu and the Holocaust are connected. Lots of people have already done so – just Google the words “Parshat Shemini Yom HaShoah” and you will find 128,000 responses. I could even venture into the macabre, and speak about how it was Aharon’s first cousins Mishael and Eltzaphan who were told to carry away the bodies of Nadav and Avihu. Israelites – Jews – forced to remove the bodies of their kinsmen.

My maternal grandparents were both Holocaust survivors from the Carpathian Mountains. My grandfather was a slave laborer for the Hungarian army from 1941 and was liberated in 1945 from the Dachau concentration camp by the first black person he had ever seen in his life – an American soldier. My grandmother, who had spent months in the Khust Ghetto, was deported to Auschwitz in May 1944. She was liberated from the Fallersleben munitions factory, which was owned by Volkswagon. Bubby Sara died in 2004; Zeidy Moishe in 2006. They were each 91 at the time of their passing.

On my second of three trips to Poland, I find myself davening Shacharit at Treblinka along with my 17-year-old high school students. While I do not pray regularly in the usual sense, I speak to God all the time. As a child I would say aloud every night: “Hashem, please keep Bubby and Zeidy alive. I need them so much.” Three times. I thought that might be a charm. On this trip, though, I say every word of the prayer service. As if it that would work some kind of charm.

We finish davening and we begin to sing Adon Olam – a song traditionally sung before sleeping and on one’s deathbed (although now, paradoxically, we say it in the morning and on Shabbat). I raise my voice as loud as I can, as I envision my grandfather clinging to the words of the final stanza through the awful years of his enslavement:

Into His hand I entrust my spirit, when I sleep and when I am awake
And with my spirit, my body, God is with me, and I shall not fear.

Did he know that some Jews add the following words to the very end of the song?

In His abode my soul will rejoice, for our redeemer is on his way
And in the Temple on that day we will sing the awesome Name.