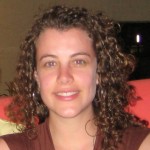 I spent three weeks at Pardes Institute of Jewish Studies this summer, and what did I learn? Yes, I learned about Birkat Hamazon in the Gemara and halachah pertaining to women and even postmodern philosophy. Sure, I learned a few new zemiros tunes and how Karaites differ from rabbinic Jews. But above all, at Pardes this summer I leaned about myself.

I learned that rabbis never fully go on vacation. They can try to leave their rabbi hat at home, but it’s like the cat that comes back every time. The moment I announced to the summer program community that I was only a few months away from becoming a rabbi, I inadvertently extended a branch to everyone in the room. By calling myself (an almost) rabbi, I implicitly sent a message to my peers: “Come and speak to me. Share your questions and challenges. I will listen and do my best to share my wisdom with you.” At first I was frustrated by the fact that I could not simply relax and fly under the radar, but then I realized how comfortable I have become in my rabbi skin and that it isn’t so painful to have to wear it all the time. Maybe this is what it means to have a calling to this line of work.

I learned that I am both passionately dedicated to my Reform Judaism and ambivalent about my identity as a non-halakhic Jew. Throughout my three weeks in Jerusalem I engaged in dialogue with several Orthodox Jews on the subject of Reform Judaism. I found myself explaining my faith, defending my faith, and even apologizing for my faith. When I reached this final stage, I realized that something was wrong. I did not want to make excuses for the practices that were important to me, that I had come to after serious deliberation. I wasn’t a Reform Jew because my father wasn’t Jewish or because that’s all I have ever known or because it’s “easy.” I am a Reform Jew precisely because it’s hard. The Orthodox Jews with whom I was debating operate within a halakhic framework, and I do not. It is not how I see the world. But my understanding of and admiration for their worldview made it difficult for me to explain Reform Judaism on its own terms in these conversations. I am not sorry that I have actively chosen Reform Judaism, but I learned that a piece of me will always yearn for clearer boundaries and a sense of obligation within Jewish life that I often find absent in my religious community.

I learned that I am not as open-minded as I thought I was. While I do champion progressive liberal values, at the end of the day, I believe that some opinions are merely wrong. For example, I cannot abide by the valuing of some human lives over other human lives. If we are all b’tzelem Elohim, created in the image of God, then I cannot accept sinat chinam, senseless hatred, on the basis of race, gender, or religious affiliation. I do not want everyone to agree on every issue. I think that would make the world a boring place. All I desire from human beings is that we ask each other inquisitive, respectful questions and actually listen to the answers without judgment.

I learned that I am yearning for deep and meaningful human connection and conversation. I want to talk about the big questions, the tough topics, the meaning of life. I want to meet people who share my experiences and background as well as people who are different from me. I like to be challenged by others because it helps me sharpen my own values and opinions, but I do not like to be attacked. This requires the formation of an ongoing relationship. Three weeks is not a long time for this project, but I was amazed at how much I was able to accomplish in this realm in such a short time. The friendships I forged or reinforced this summer have forever changed me.

I learned that Israel never seems to be my final destination. Instead it is a bridge between my life before and my life after. And it is in this uncomfortable liminal state that enables me to open myself up to new and different experiences. I pray in new places and go hiking. I try exotic food and make new friends. So many firsts have happened for me in the Holy Land because it rattles me out of my comfort zone. And every time I return home from Israel, I feel refreshed, renewed, and rejuvenated, wanting to be a better rabbi and a better person.

This is what I learned at Pardes this summer.