The Oslo Accords presented an opportunity for the Jewish State that was never fully actualized. The generation of Israeli teens that witnessed the country split among deep rifts in 1993 and 1994 was also the generation that shed tears in 1995. This generation, I learned, is known as the Candle Generation. They witnessed the First Intifada, the assassination of Prime Minister Yitzchak Rabin (z”l), and then fought through the Second Intifada. These words hit me hard – right in the gut – and for the next hour I listened to why the Israeli Director of J Street, Yael Petir, has spent the past two decades fighting for peace in the Land of Israel.

As a student at Pardes for the year, I have spent a lot of my time inside of the Beit Midrash. Being fully immersed in the words of Torah is something I have learned to love – it is something I hope everybody gets a chance to do. And the Pardes tiyul to the Shomron, to the Land of Benjamin, was something I was looking forward to for a very long time. For some, this land represents a division between worlds (the West Bank/Occupied Territories); for others, the land represents a spiritual pull (the Liberated Territories/Yehuda v’Shomron); and yet, for many of my fellow students, there is confusion, fear, awe, and love connected to this land. How do we then learn, just like we do in the Beit Midrash, if we also feel all of these emotions? It took a while for me to figure this out, but then it hit me: we don’t do anything different because these are the same exact feelings that we have while engaging in the words of our holy Torah. 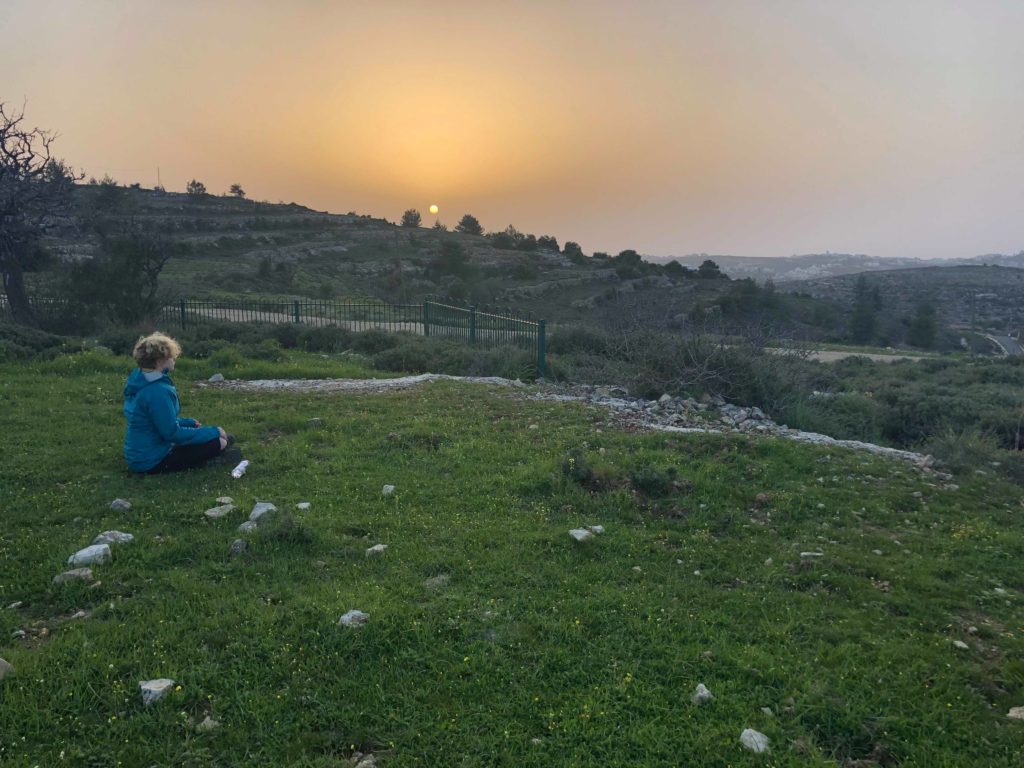 It was with these feelings that we departed Pardes for the north, to Nebi Samuel. It was a very important stop due to it’s historical relevance for us – as one of the highest points in the area it represents a very important military vantage point. But more important than it’s military significance, it represents a potential in the peace process, as it is used as both a mosque and a synagogue serving two very different populations.

We then headed to an absolutely stunning place – Ateret. Overlooking the first planned Palestinian City of Rawabi is a Jewish community that is home to a yeshiva focused on the integration of Torah and Music, aptly named Yeshiva Kinor David (David’s Harp). After lunch we were treated to a concert by the 10th grade students. From the lookout at the top of the hill we were able to see Rawabi much more clearly. Jamie spoke to us about the challenges that building in the Shomron presents. We continued to chat about Areas A, B, and C, and what the reality on the ground means for the two populations. For the Jewish residents of Ateret life is lived behind a fence and supported by the Israeli Government. Just across the way sits Rawabi, a sprawling metropolis financed by a number of Palestinian businessmen. As the first planned Palestinian city, we talked about some of the issues facing the residents of Area A, before moving on to our next stop – Beit El.

Arriving in Beit El was surreal for me, as we were meeting with someone I had learned about a year before. Rabbi Yehuda HaKohen is an alternative peace-activist. He lives near Beit El, has lived in Israel for almost two decades, and runs a number of organizations dedicated to coexistence work between Israeli’s living beyond the Green Line and Palestinian Arabs living nearby. Before taking us to his home for an intimate conversation, we received a tour of the site of Yaakov’s dream. As the sun set in the background, we heard the story of the area, saw the site of a guard tower that dates back to the time of the Maccabees, and were able to pray mincha at the site. At his home we talked about the many difficulties working towards peace represents: how can two people live side by side, with rights and freedoms, and dignity for all? Should the Jewish state step in and take care of the Palestinian residents of Yehuda v’Shomron? What does the PA have to do with this situation that we are in? Is the two state solution a hinderance to the actual path to peace? How can Israel protect itself and not be occupying another population? What does Judaism have to say about democracy? Should Israel be a Western state? All of these questions were out on the table, and Yehuda did not shy away from pushing his point that the only people who can solve peace are the ones willing to die for the land. It was now the end of the day and we had to leave. 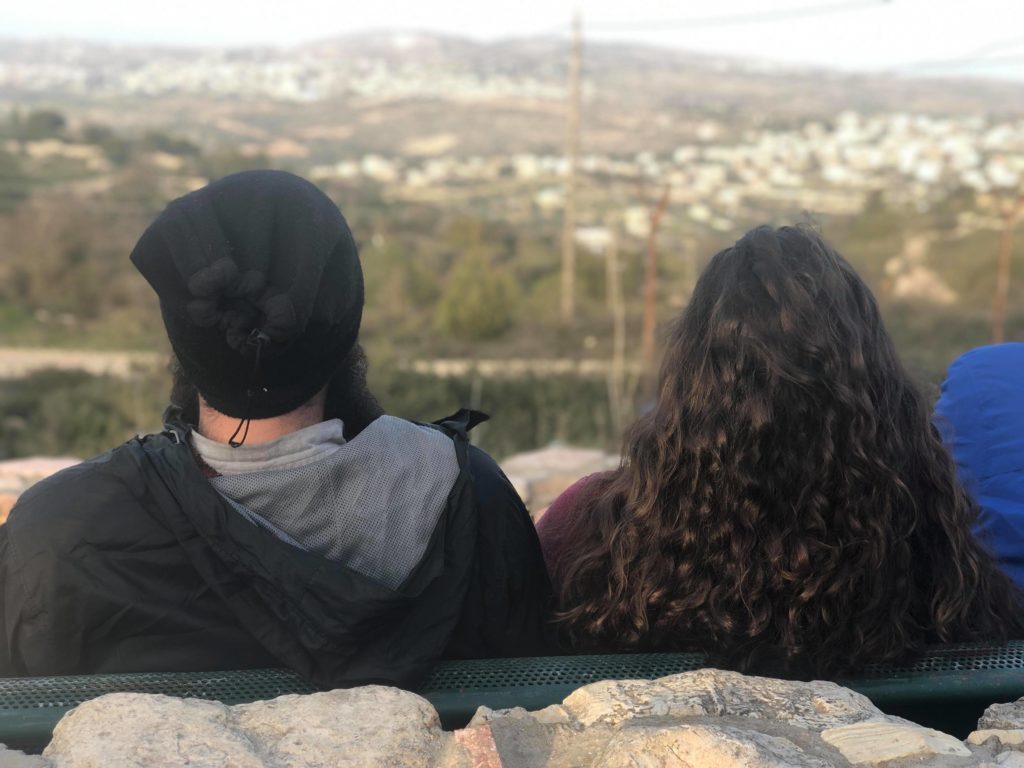 Walking to the bus I was reminded of something I learned at Pardes just a few weeks before during the week dedicated to 9Adar/Mahloket Matters: to be engaged in a challenging conversation does not mean one gets to shy away from the real conversation. Throughout the days leading up to the tiyul and since returning on that bus we have had conversations at Pardes specifically about the Green Line – what does it mean for each of us? What do our teachers have to say about it? How do my fellow students feel about it? Why is this conversation so hard to have?

I am still figuring out my own feelings to the Green Line. Most of the time I don’t believe it exists: it’s just a line drawn with a green marker that the International community seems to be obsessed with. I love the land behind the Green Line. I do my best to visit as much as possible. I’ve supported it. I have family living there, and I dream about living out there one day. But then I remind myself what I know is the reality on the ground: two people live two very different lives; and to be a light unto other nations comes with a responsibility that, as Yehuda HaKohen puts it, we are still actualizing. B’ezrat Hashem, with the help of the Creator, we can find the words to bring us peace, speedily and in our days, in this land that we feel so deep and moving through our veins. 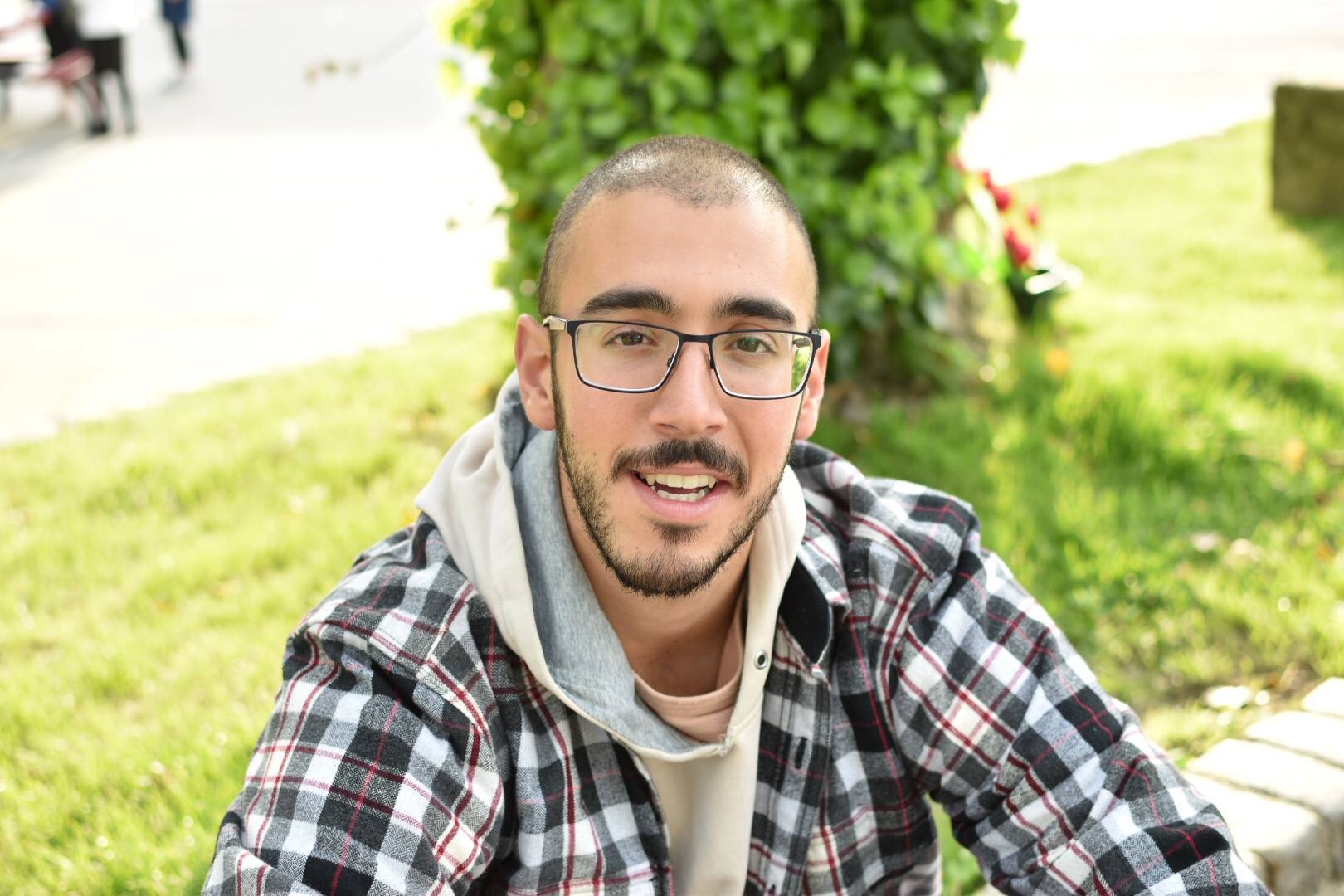