Betty Hilton (Year Program, ’81-’82) gave this sermon at her temple in San Antonio, Texas about how much the Pardes experience influenced her. Sadly, she died as the result of a brain tumor about a year after giving the sermon, Dec. 2008.

Have you ever wondered whether or not God is directing your life? Does everything happen randomly and by chance, or is there meaning and purpose behind each event?

Perhaps you have thought about this question. And if you are like me, you may go back and forth between your conclusions. Sometimes you feel as though things are happening 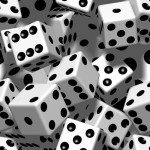 randomly. Other times you have a definite feeling of being guided or directed.

When you feel guided, who do you feel is doing the guiding? Is it God? Some unknown power? The universe? Your intuition or unconscious?

These are big questions, questions without answers. And yet, there have been times in my life, when I definitely had the feeling of being directed. In particular, on one such occasion, at a very difficult time in my life, I took a very big step based on this feeling. That is what I want to tell you about tonight.

First, I need to back up a little, and give you a little personal history. I have always been a spiritual seeker. I have always puzzled over the meaning of our existence. Questions like: why are we here, and what is our purpose, have long been part of my thinking.

But at the age of 22, I married a medical student. Many of you knew him as Doctor Charles Hilton, a popular and much loved pediatrician here in San Antonio.

We had three wonderful daughters, and my life began to revolve around my role as wife and mother. In addition, I was doing some free lance writing and was editor of the “Jewish Journal.” My spiritual questions receded into the background as I devoted my energy to my family, my writing, and the Jewish community.

But this happy and secure life was shattered forever in April, 1979, when my 46 year old husband was killed while jogging on a country road in Utopia, Texas. The agent of his death was an 88 year old man driving a pick up truck.

It was a senseless accident, something that never should have happened. The whole San Antonio community was in shock. How could this have happened? And why?

I haven’t any words to describe my grief and devastation at the sudden, incredible loss of my husband. To make matters worse, two of my daughters left our home at the same time. My oldest daughter, Julie, married an Israeli, and began a life in Israel. My middle daughter, Melissa, entered her freshman year at Yale University. I was left at home with our youngest daughter, Alison, then entering her first year of high school. Where we had been a vibrant and happy family, I now found myself mostly alone. 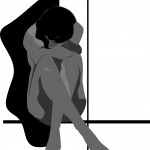 I sank into a deep depression. I was always tired, but couldn’t sleep. Food had no appeal for me. Various parts of my body began to hurt. My right arm became so painful that I couldn’t lift a cup to my lips with my right hand, or open our door with a key. Day after day, I sat in our now empty house, wondering how to go on living, and what to do with the rest of my life.

At some level I had a dim feeling that God wanted something of me, but I didn’t know what it was. Nor could I search for the answer. My whole life was drenched in pain, both physical and emotional.

The following fall, the young daughter of a friend mentioned that she was going to drive up to Austin, to look at living facilities for the following year. I told her I had nothing special to do, and would like to keep her company on the drive. It was sukkot, and while she was looking around at dorms. I planned to go to Chabad House, to eat lunch in their sukkah.

Sukkot is probably my favorite Jewish holiday. As I stood inside the Chabad sukkah, watching the sunlight filter through the woven schach of the roof and feeling the gentle breeze coming through the open lattice walls, I began to relax. But I was totally unprepared for what happened next.

A young man wearing a kippah and tzitzit came over to me. He said, “Hello, Mrs. Hilton.” I had no idea who he was or how he knew my name.

“Do we know each other?” I asked. And jokingly I added, “Are you my angel?”

He laughed and explained. He knew one of my daughters and recognized me. We sat down to lunch together.

During the course of our conversation, I told him that I could see from his clothing that he had become an observant Jew engaged in Torah study. He acknowledged that and said it had added much meaning to his life.

I told him that someday I would like to do the same. As editor for the “Jewish Journal,” I knew a lot about Judaism and the Jewish community. But I had never studied the texts directly. I felt a need to do that.

“I think I know a good place for you to do that,” he said. “It’s called 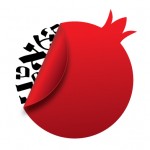 Pardes, and it’s in Jerusalem.”

I thanked him, but I didn’t think there was any chance I would be going to school in Jerusalem in the forseeable future.

And yet the notion took hold and stuck in my brain. The following winter there was a press trip to Jerusalem for editors of Anglo-Jewish newspapers. In went on the trip. While I was in Jerusalem, I went to Pardes to see what it was like.

I almost hesitate to tell you this next part, because you may think I am making it up, or that I have became some kind of spiritual nut case. But I swear to you that it is true.

After talking to Director Levi Lauer, I knew I wanted to go to Pardes. I thought it would be a few years later when Alison was in college. He told me that I would be welcome whenever I wanted to come.

But I couldn’t wait three more years. I consulted Ali, and asked her if she would go to Israel with me. Half of the year she would be on the Reform program known as the Eisendrath International Exchange, with other teenagers her age. The rest of the time she would be living with me in Jerusalem. To her credit, she said she wanted to go.

We spent a year getting ready: renting the house, finding someone to take care of the cat, the car, the mail, the income tax, the financial arrangements, and on and on. Finally we were ready to go.

My year at Pardes was an unforgettable experience, difficult, but wonderful in so many ways. It helped me so much. I don’t mean to say that after that I was completely happy and everything was wonderful. That is not the case. Many more difficult years lay ahead. But spending time in Jerusalem, in the study of Torah, helped me develop a worldview which I have kept to this day.

I believe that all of us have a purpose and a destiny, although we may not always know what it is. And beyond our personal destiny, we have a destiny as Jews. As a Jew, I am part of a great stream of history. I visualize it like a huge tapestry, covering the world. I am a tiny stitch in that tapestry. But if that stitch should unravel, the whole tapestry might come apart.

I feel that the meeting I had with the young man in the sukkah was not an accident. If he had not told me about Pardes, I might never have heard of it. At that time it wasn’t very well known. The information he gave me was a gift—a gift which I accepted. 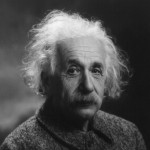 Even Albert Einstein pondered the question of whether or not our lives are being directed. He once said: “The biggest question we have to answer is whether or not the universe if a friendly place.” In other words, is everything in the universe random and accidental, or is it purposeful and meaningful.

In recent years I have been extremely blessed. I have remarried, and I am blessed with the most wonderful children and grandchildren. Here I say a great big Kennahurra. Sorry, I had to do that.

God has been good to me and led me toward finding happiness. I see happiness as a combination of loving relationships and a purposeful existence. I see my most recent endeavor as a hospital chaplain to be the inevitable continuation of this path. Feeling that we are in the right place, doing what we were meant to be doing, is the key to inner peace.

I’ve spoken a lot about myself, and perhaps you are wondering what this has to do with you. But I am simply relating my own personal ideas and actions vis-à-vis the original question: Does God direct our lives?

Obviously, everyone has to answer this question for him or herself. We can never prove our beliefs about God. I know that there are many people who would discount my story, putting it all down to coincidence. Certainly that is a plausible explanation. Each of us interprets life through our own unique lens, and no one can tell another what is right or true for them.

For myself and others who are open to the possibility of direction from God, I suggest this. Look very deep into your heart and your gut. Don’t be afraid to follow your intuition and your instincts.

We were created in God’s image, with a 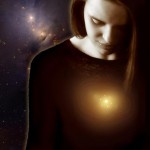 spark of the divine deep within us. When we go deep inside, we access this spark. Trust it. Let it be your guide.

If you believe God has placed you on a path, follow that path. And if you are fortunate enough to receive a gift from God, accept, use it, and make it your own.

[1] Note: In the original speech, Betty gave the quotation on the poster as “Wilderness is the Preservation of the Universe,” but it actually said, “World,” and was adapted from Henry David Thoreau.