Studying at Pardes was amazing, and I gained much. One of the things I learned from my experiences at Pardes is how to be more comfortable with not knowing the answer, to not be so worried about getting life wrong. Let me explain, and lay my position on the table. I do believe there is truth, and it is a unity, and that there is a right and wrong independent of human opinion which is grounded in the Holy One Blessed Be He.

That being said, I was under the misconception that growth was not as good as impossible perfectionism.  Well, if that isn’t obscure enough,  let me put it this way: I moved from an either/ or approach to a both/ and approach in a way that did not negate the either/ or, just works paradoxically along side it. Like, imagine that time is a river. In one moment of the river, I step in, the water hits my feet, and in that moment, an either or decision is observed and made, but that does not mean that the river stopped.

And while navigating the choppy waters of my spiritual journey, I found a raft to join other travelers. And we are all just traveling, or, as I like to think, we are all just kids in the park. I just hope we don’t forget that.

These first two are from the one man chalk program at Beit Ben Yehuda. 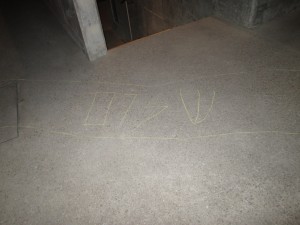 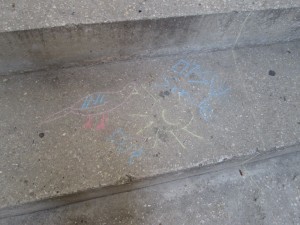 The following are from places in Jerusalem. 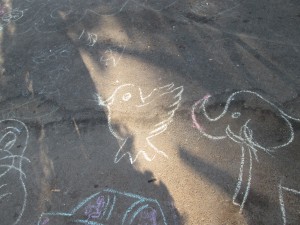 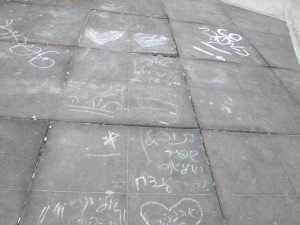 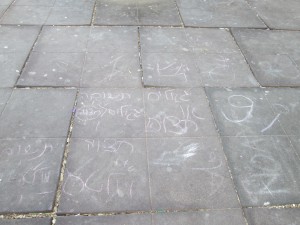