In 5th grade, a teacher inspired Stu Jacobs to explore and gradually start keeping more mitzvot, and throughout his youth the young man strived to connect to and practice a new mitzvah every single year. His teacher had said that ‘he didn’t have to jump into the deep end’ – he could try out different practices to see if they appealed to him – and Stu still recalls his childhood mentor as a factor in his decision to become a Jewish educator.

Stu decided to return to his Solomon Schechter Day School in 8th grade despite the tiny class size, and it turned out to be a great year for him. The school offered very traditional Judaic studies, and a modern, egalitarian approach to Judaism. He grew in terms of leadership, learning and friendship, and was only disappointed in the school’s lack of a Talmud curriculum… the young man’s itch to study Talmud only increased as he approached college.

Raised in a traditional Jewish household, leading Shabbat services and reading Torah at the Beachwood Kehilla, and attending Jewish day school until high school, it was natural for Stu to attend the Alexander Muss High School (AMHSI) in Israel during the summer before his senior year of high school. It was a formative experience; through that program Stu developed an even deeper connection to Jewish history and the land of Israel, and he would return to AMHSI as a madrich (counselor) during the summer before his senior year at the University of Michigan. 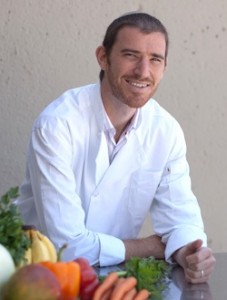 After Judaism, Stu’s greatest passion was for cooking and working in the restaurant industry. He had been cooking for fun since the age of twelve, interned under a pastry chef at a fine dining establishment during senior year of high school, and continued working in restaurants during his summers as bus boy, waiter, and restaurant management intern. He even arranged his organizational psychology major in such a way as to prepare himself for a career in the restaurant industry.

Before embarking on his career after college, Stu wanted to work at AMHSI once more for a whole semester – a role that required a more skilled madrich – but after the bombing at Hebrew University in 2002, most parents pulled their kids out of the program… and Stu had to look for another way to get himself to Israel.

When the young man heard of Pardes from a friend, a light went off in his mind, and he recalled his itch for Talmud study. He arrived before Yom Kippur, and after his first semester he decided to remain at Pardes for the rest of the year. Rabbi Aryeh Ben David was Stu’s Talmud instructor, and he recalls attending one of Rabbi Ben David’s very first spirituality retreats – a precursor to his mentor’s unique, spiritual ‘Ayeka’ organization. That year, Rabbi Ben David suggested that Stu consider joining the Pardes Educators Program (PEP), but the young man still wanted to pursue a career in the restaurant industry.

Happily for Stu, he began dating his wife Aviva that year while she was a Dorot Fellow, and they maintained a long distance relationship for the following year while he worked as restaurant manager and catering director at a kosher café in Manhattan and she remained in Israel to work for the Nativ program. Finally, Aviva moved to NYC in 2004, and the young couple was married in early 2006.

After four years of working for a family operated catering business, Stu gradually realized that the he didn’t want such a hectic life for his future family. When Aviva began her doctoral program in psychology in 2007, and they moved to San Francisco, Stu was recruited by a PEP alum to become the new head of food service at the Jewish Community High School of the Bay (JCHS) . At JCHS, Stu also became the assistant head coach of the varsity basketball team, and led annual week-long class trips for the students. Another PEP alum on the JCHS Judaic studies faculty mentored Stu for an entire school year, and, towards the end of that year, he was given the opportunity to teach a unit on King David and Bathsheba to the juniors and seniors.

Recalling his time at Pardes, Stu already had an interest in becoming a Jewish educator, and he came back for the Summer Program of 2008 with the same good friend who had introduced him to Aviva. Learning at Pardes, working at JCHS, and the young couple’s heavy involvement in the Mission Minyan (an independent minyan) all whetted Stu’s desire to enroll in the PEP program… and when Aviva completed her class work in 2011, the young couple and their daughter Elinoa (born May 31, 2010), moved to Jerusalem so that Stu could pursue his dream – to feed inspire future generations of Jewish day school students! 🙂 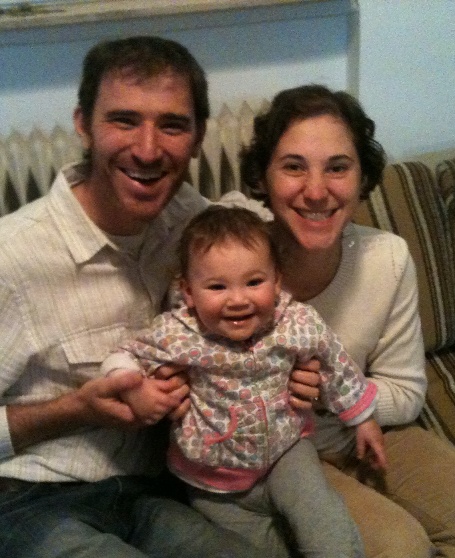