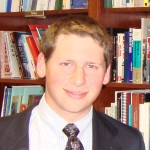 Rob Murstein comes from a ‘very liturgical’ family; they attend Shabbat services every Friday evening, Saturday morning, and Saturday afternoon until havdalah. Rob’s father is a regular Torah reader at shul, his brother studied chazzanut with their cantor, and Rob himself read Torah at shul for the first time when he was six years old; and then again at age seven when his brother and sister became b’nai mitzvah. The Mursteins also enjoyed their long Pesach seders, reveling in singing Birkat Hamazon.

At age 11, the young man began to study Chumash, Mishnah and Gemara with his rabbi, which whetted his appetite for Jewish learning, and he increasingly grew to wonder about Judaism beyond his affiliation with the other members of his family’s Boca Raton country club. Rob’s five summers at Camp Ramah Darom also gave him exposure to many empowered, inspiring staff members; and sharpened his sense that there was something more to Judaism that he wasn’t finding in his home environment.

Then – not long after Rob’s bar mitzvah – his parents and some other community members founded a new shul near their gated golfing community, which has since grown to a membership of 170 families. The shul’s first part-time rabbi was Rabbi David Hoffman, and Rob quickly took to his passionate, moving classes.

“He would come for one weekend a month – run the Friday program, and then Shabbat, including a lunch & learn. Hearing him talk about Talmud, Buber, Heschel, Rosenzweig… I was deeply moved, and wanted to emulate that ability to inspire people. Rabbi Hoffman was also terribly, deeply human – struggling with his faith – and I realized through him that you don’t have to be G-d on High to be a rabbi.”

Rob’s interest in becoming a rabbi waxed and waned over the years; becoming a rabbi became his default ‘fall-back’ because he felt that he would be good at it. He loved leading prayer services and celebrating with others, and his two summers at the NY Film Academy and the University of Southern California Acting Program had increased his self confidence in performing before an audience.

After graduating from high school, Rob found opportunities for Jewish leadership at the University of Miami where he majored in Judaic studies and history. At Hillel, he became a regular sha”tz (prayer leader), and he also coordinated an educational program for his fellow students called the Melton Adult Mini-School, which became popular in Southern Florida.

As a founding father of his Alpha Epsilon Pi chapter, Rob also became the chapter’s Jewish programming chair (a natural fit for him); and he continued his own Jewish text studies once a week through the Collegiate Learning Exchange, attended services at Chabad, and traveled to Israel on a Birthright trip before coming to Israel for the summer of 2009 for a summer of learning.

That summer consisted of two radically different learning programs:  three weeks at Ohr Somayach, a ba’al teshuva yeshiva with a Haredi hashkafah, followed by three weeks at the Conservative Yeshiva.  Rob’s faith was tested to its limits that summer, and it was then that Rob’s true search for his place in Judaism began.  All the time, though, he continued to feel the pull of Torah study; it remained the mitzvah that he connected to more than any other.

Luckily, the young man had heard about Pardes from his Hillel rabbi’s wife (a graduate of the Pardes Educator’s Program); and during his senior year at the University of Miami, while continuing to struggle with whether or not to pursue a career in the rabbinate, Rob decided to come to Jerusalem for a year of Torah study. Either he would fall in love with full-time Torah study and become a rabbi, he reasoned, or he would do a year of fantastic learning in Jerusalem, and pursue a different career.

“Pardes has exceeded my expectations – I knew the learning would be great – but I also love the community and the people. Pardes is a beautiful exception in the Orthodox world – not the norm – because there are Orthodox faculty here who are willing to teach their students Jewish texts without trying to guide their beliefs. At Pardes, I’ve come to understand that no matter what I think about the divinity of the Torah… it’s absolutely overflowing with meaning. Pardes has helped me find my voice in the text.”

Ultimately, Rob has come to lean away from pursuing a career as a rabbi. He feels that he lacks the innate compassion a rabbi should have, and that clergy do more for their congregants with pastoral care than they do by teaching Torah and leading services. In this regard, he says he feels paralyzed. “Still,” he smiles, “I don’t need to be a rabbi to be a learned Jew. I can continue learning, and deriving meaning from Judaism outside of work!”

While his future continues to remain uncertain, Rob is currently quite excited for the upcoming 2012 U.S. elections, and aims to work for a political campaign upon his return to Florida… perhaps that will lead him to bigger and better things!